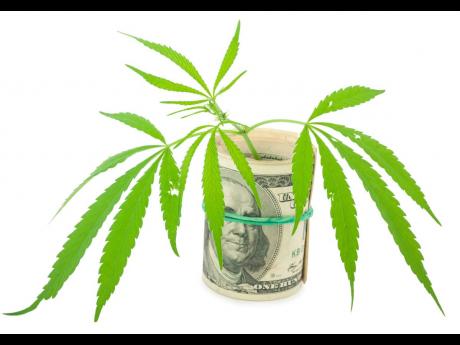 Canadian company Green Stripe Naturals has pumped roughly US$1.5 million in the acquisition of a 49 per cent stake in local marijuana company Green Peak Growers and the build-out of a 20-acre cannabis farm in Toll Gate, Clarendon.

Green Stripe, which is headed by Jamaican-Canadian Wayne Isaacs, has bought into a company that is said to already hold a cultivation licence. The partners intend to start planting marijuana at Toll Gate later this month.

The Cannabis Licensing Authority, CLA, has not responded to requests for comment on the licences.

Green Peak Growers will also process cannabis oils and other derivatives that are targeted for sale in the nutraceutical, pharmaceutical and cosmeceutical markets of the European Union.

The marijuana grower was founded by Shaneca Mendez and Horatius Glave. Mendez says that in addition to the cultivation licence, Green Peak has four conditional licences for processing, research, retail and transportation.

Isaacs says the lands at Toll Gate have been cleared for planting and that a greenhouse, storage house, guardhouse, curing facility, as well as administrative offices, have already been developed at the complex.

Some 12 persons are now employed there, he said.

“We’ve just finished preparing the soil and we are almost immediately ready to start planting. Once we start cultivating, roughly 80 per cent of our cultivated product will go through large-scale processing, primarily into oils and other types of derivatives,” Isaacs told the Financial Gleaner.

Green Stripe is also looking to buy a piece of another processing, research and development facility in Kingston, negotiations for which are ongoing, he said.

The company wants to be one of the top players in the Jamaican market.

“When the rest of the world looks at Jamaica, it has this national brand for cannabis and that brand tends to be more on the recreational side. Nothing that we do is in the recreational market … we are only interested in medical cannabis assets. I believe that’s the way that the market is going, and I believe that Jamaica is poised to take advantage of these opportunities,” he said.

Through the Kingston acquisition, which Isaacs says will include the business and assets, Green Stripe wants to build out a large-scale research and production facility for processing of the cannabis strains to address cancer-related illnesses – which is estimated to cost US$5 million to US$10 million. Green Stripe plans to handle its own distribution to the markets throughout Europe.

Isaacs was sparse on the details of the company he is looking to acquire, but noted that the business has already received conditional approval from the CLA on the processing of cannabis-related products.

The company is seeking to list on the stock market in Canada and then cross-list in Jamaica.

“I’m not certain right now if we are going to need to raise any money as part of the listing, but I will be raising some additional capital in Canada and if the opportunity arises to raise some of the money in Jamaica, I’ll gladly do that because I want to ensure that I plant a flag here that says Jamaican- grown, Jamaican-operated and Jamaican-funded. It will also be nice to add to the company,” Isaacs said.

Green Stripe is the second Canada-based cannabis company to indicate plans to cross-list in Jamaica, the other being Tree of Knowledge International Corp, which trades under the name TOKI.

Isaacs, who is also the co-founder of Frontier Wellness Rx Limited, a medical cannabis treatment clinic based in Thunder Bay, Ontario, has been working in Jamaica over the past two years.