Cash gusher for stock investors is getting capped 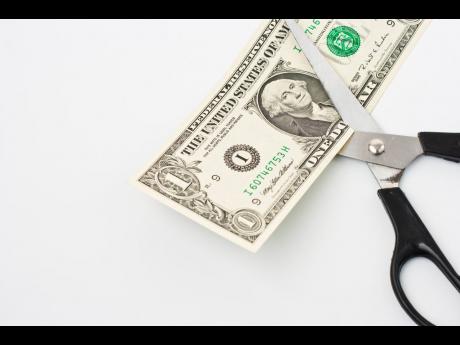 A FIRE hose of cash that’s rained trillions of dollars on to those fortunate enough to own stocks is suddenly being choked off.

Profits for United States companies piled up in recent years, thanks to a strengthening economy, low interest rates and a big tax cut. And every three months, CEOs have been sending more than a quarter of a trillion dollars back to shareholders via direct and indirect payments. This cash from dividends and stock buy-backs has helped lift the stock market to record heights, soften the pain of its downturns, and exacerbate the United States’s yawning income inequality.

That’s all changing now due to the coronavirus outbreak.

Companies are scrambling to conserve cash as the economy grinds to a halt, all while bills remain due. Future profits are sure to fall due to the looming recession, which gives companies less leeway to pay their shareholders.

The impending drop-off in dividends and buy-backs will certainly hurt individual investors. Just over half of US households own stocks in some way, such as in a 401(k), although ownership is concentrated at the highest income brackets. Analysts say the cutbacks are likely to cause more volatility for the stock market and slow its gains.

Worse for investors, pressure from Capitol Hill may keep these payments low even after the worst of the health crisis is past.

Angry about airlines and other industries that spent big buying back their own stock in recent years, only to ask for a lifeline, Congress made it a condition of the recently passed US$2-trillion rescue bill that companies who tap it can’t repurchase shares or pay dividends for a set period of time.

Already, more than 10 per cent of the companies in the S&P 500 index have suspended their repurchase programmes, according to a tally by investment bank UBS. They include some of the biggest repurchasers, such as banks. Just five of them combined to spend US$100 billion on buy-backs last year: Bank of America, Wells Fargo, JPMorgan Chase, Citigroup and Goldman Sachs.

Dividends are also set to fall. Companies in the S&P 500 paid a record US$127 billion in dividends during the first three months of the year, but already, over 60 companies in the index have said they’re suspending or cutting their dividend, according to S&P Dow Jones Indices.

The cutbacks are likely to worsen. Goldman Sachs predicts dividends will fall 25 per cent this year and buy-backs will plummet 50 per cent for S&P 500 companies.

Dividends are traditionally a buffer for when stock prices fall. In 2015, for example, the largest stock mutual fund by assets returned 0.3 per cent, but without the steady dividends it accrued through the year, investors would have lost 1.6 per cent.

Buy-backs, meanwhile, can inflate earnings per share – the main driver of stock prices over the long term. Buy-backs reduce the number of a company’s shares trading in the market, which gooses earnings per share without any increase in actual profits.

Suspending buy-backs also removes the biggest source of demand for stocks in recent years: companies themselves.

”Demonising the only buyer” is how Canaccord Genuity equity strategist Tony Dwyer described it after Democratic presidential candidate Joe Biden called on American CEOs to refrain from buy-backs over the next year.

Ironically, with stocks down 20 per cent since mid-February, this would seem to be a prime opportunity for companies to repurchase more of their shares at cheaper prices.

But analysts say buy-backs appear to be the least of CEOs’ priorities when it comes to using their cash, particularly when they’re laying off workers, confronting steep drop-offs in revenue, and trying to remain solvent.