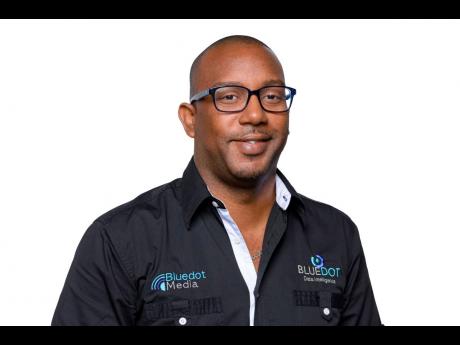 The transaction, which took six weeks to ­negotiate, comes at a time when COVID-19 uncertainties have many companies scaling back on operations. But the pandemic has instead been the driving force for Peart, who believes that ­analytics will be an important decision-making tool for companies that have to be transitioning how they deliver services to customers and that need data to guide them, and that Bluedot, a data-insight firm, can leverage business and income from that.

The deal with SSL closed on Wednesday, April 22, at which time Bluedot had a valuation of US$1.6 million.

“I needed to make some calculated risks and strategic decisions, but given the fact that SSLVC is listed on the stock exchange, the appetite for risk is lower because they have to answer to shareholders. I thought it was best for me to come from under that umbrella to be able to make more long-term decisions,” Peart said.

In the lead-up to the share buy-back, Bluedot had been investing in technologies that allow the company to digitally complete nationally representative surveys over a two-day period, compared to the traditional eight weeks for ­manual execution, Peart said.

The technological investment is one way that Bluedot, which already claims the majority of the market share for data insights in Jamaica, believes that it can woo even a larger ­client base across the Caribbean.

More technology purchases are planned, an investment meant to position the company to go after new market share.

“Making such a large investment in buying the shares plus investing in the company is counter-intuitive to what companies are doing in these economic times,” Peart noted. “Other companies are cutting, but we believe firmly in our services,” he said.

“There are new technologies and methodologies that we are about to invest in that will allow us to be better able to help our client identify what the new normals are. In the research world, having technology that allows us to sit in our office and do field work, especially now during COVID-19, is major,” he said.

For now, Peart is taking on the challenge of growing the business regionally alone but says he is open to finding new business partners. A deal previously reported for Craig Hendrickson to acquire a 20 per cent stake in the company last July fell through.

Founded in 2015, Bluedot was among three unlisted marketing ­companies in which SSLVC took equity ­positions in 2018.

SSLVC continues to own the other two companies, but their respective ­founders, Kevin Frith and Andre Burnett, have given up their executive positions in the businesses.