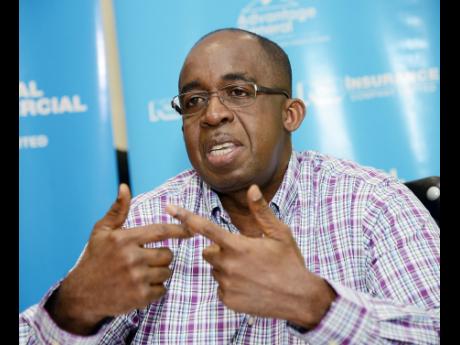 Banking conglomerate NCB Financial Group Limited announced that it has taken a $9 billion hit from COVID-19 so far, with the write down of investments and foreign currency losses in the March quarter, but it also doubled its provision for credit losses to prepare for what’s to come.

The group still made pretax profit of $3.4 billion in the quarter, but it was down by half year on year.

“The numbers reflect significant profit and loss charges as result of the impact of COVID-19. Our investment securities as you can see reflect a $9 billion shift between the current quarter and the previous quarter,” NCB Deputy CEO and Chief Financial Officer Dennis Cohen said during an online briefing on Friday.

NCB Financial also recorded $1.6 billion in credit impairment provisions compared to $1.5 billion in the December quarter and $729 million for March 2019.
“It shows our resilience as a group and that we are responding well to the immediate shock and we remain optimistic on the prospects of NCB,” said Cohen.

The credit provision made by the banking group is meant as a buffer, given that bank ­clients are experiencing challenges due to layoffs and reduced revenue and may find it difficult to ­service loans.

Non-performing loans, NPLs, across the group, at $25.8 billion, amounted to 5.8 per cent of total loans, which was worse than last year when the NPL ratio was 5.0 per cent but came within a context of increased lending. Total loans grew by $47 ­billion over the year to $471 billion.

In the March quarter, the banking group’s profit after tax rose to $5.7 billion, $2.18 billion of which was in the form of tax credits, compared with $5 billion of profit in March 2019. Profit attributable to shareholders declined, pushing earnings per share to $1.54 from $2.04 a year earlier.

NCB Financial, which last year made $30 billion of net profit, offered no precise estimate of earnings for the remainder of this year at the briefing. Cohen said the banking group wasn’t prepared to guess the timeline for the duration of the crisis but added that a number of major economies are slowly reopening, which redounds well for the local economy.

“We are now seeing some good signs, and we are still optimistic of our prospects going forward,” Cohen said.

NCB President & CEO Patrick Hylton said the group was spending a lot of time focused on helping clients with their banking needs in the context of physical distancing.

“Norms have shifted in a matter of weeks. I have seen people who have never used Internet banking sign up and bank online,” Hylton said.

“The truth is that the reality of social distancing and personal safety as we battle the spread of the virus have conspired to create an atmosphere and environment that requires digital first  as a key part of the solution. This is aligned with our medium-and short-term strategic plans, and as a company, we have had to accelerate how we operate – whether its branch services, back-end processes, customer care, and others,” he said.

Jamaica’s first COVID-19 case was detected in the second week of March. Since then, NCB has initiated a series of measures, including removing or delaying fees, aimed at sustaining business while keeping non-performing loans in check.

The banking group did not declare its usual interim dividend. Hylton said in a statement appended to the company’s earnings report that the NCB Financial Board was also unlikely to approve a dividend for the rest of the financial year, citing the uncertainties surrounding the pandemic but without referencing the agreement that the central bank said was reached with ­financial holding companies to suspend dividends throughout this year.