Sagicor first out the gate with dividends 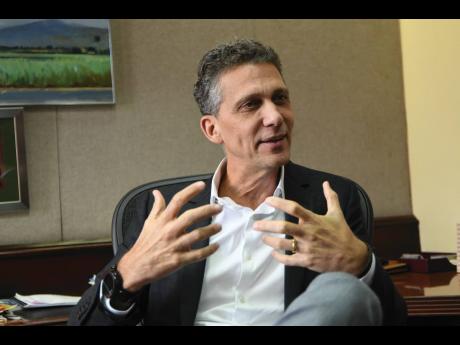 On Friday, financial conglomerate Sagicor Group Jamaica announced that it would pay a dividend to small shareholders, whose ownership in the company amounted to one per cent or less, taking immediate advantage of the decision by the central bank to adjust the freeze on dividend distributions.

Sagicor will pay small shareholders the 40 cents per share it had previously announced but was forced to withdraw after the Bank of Jamaica announced an agreement to cease such distributions in order for financial holding companies to preserve capital.

Sagicor did not provide a tally of the number of shareholders who would benefit, nor the amount to be paid out in total.

However, the distribution would be a minor portion of the $1.24 billion that it would have paid on May 6 to its full roster of shareholders on record at April 24.

The day before, on Thursday, the Bank of Jamaica advised that it had come to an accommodation with the Jamaica Stock Exchange on freeing up fincos to pay out some dividend to minority owners.

Distributions to large ­shareholders and others above the 1 per cent ­ownership threshold, meanwhile, remain on hold for a year.

The payments would cover over 100,000 small and medium-sized shareholders representing, on ­average, or 90 per cent of all shareholders in these FHC designates and, typically, about 28 per cent of the annual dividends.

“Payments to other share­holders would be postponed until circumstances normalise,” said BOJ. Once economic conditions improve, it is expected that financial holding companies and banking institutions will return to normal dividend practices.

The central bank reiterated that the hold on dividends was meant to conserve capital, and was not intended to signal that any financial institution presently has liquidity or capital concerns.

Last month, when it announced the freeze, the central bank said that since mid-March, financial institutions have experienced an extraordinary need for liquidity in order to facilitate portfolio shifts by their customers and to build buffers against growing uncertainty. In response to liquidity needs, BOJ initiated several measures including the purchase of securities and the extension of short-term lending.

Last year, the three largest ­financial institutions, NCB Financial Group, Scotia Group Jamaica and Sagicor Group Jamaica, paid out a combined $28.8 billion in ­dividends, the majority of which went to large shareholders based overseas. The year before that, they distributed $17.5 billion to shareholders.

NCB Financial Group, which released its second quarter results after the freeze was announced, did not declare an interim dividend for that period.

Sagicor said in a statement on Friday that it welcomed the partial lifting of the freeze.

“Many of our small shareholders were adversely impacted and we are therefore very pleased with the latest decision by the Bank of Jamaica in conjunction with the Jamaica Stock Exchange,” said Chairman Peter Melhado.

“Our funding and liquidity ­position will comfortably allow us to support the payout of the previously announced dividend to all other shareholders of record as of April 24, 2020, as soon as the Bank of Jamaica advises that it is ­appropriate,” Melhado added.