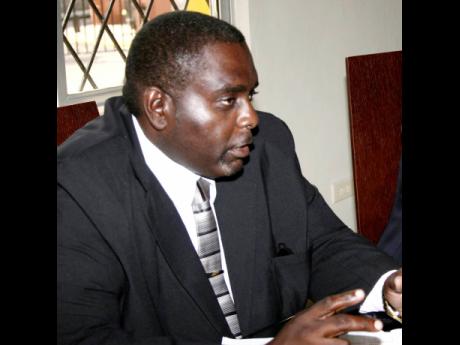 Hard hit by the slowdown in the economy, and with some in the sector facing bankruptcy, microlenders are seeking a lifeline from Government in the form of $8 billion of cheap credit.

Blossom O’Meally-Nelson, chairman of the Jamaica Association for Microfinancing, or JamFin, says they are looking to source capital from the state at interest of 2 per cent or 3 per cent for onlending.

Typically, microfinancing companies, which are also known as payday lenders, price their loans at an annual rate of around 50-70 per cent, and higher, but the life of such loans are short term and usually counted in weeks, not years. If JamFin gets the Government to agree to wholesale funds to the sector at three per cent, O’Meally-Nelson said microlenders could in turn lend the funds to their clients at single-digit interest rates.

JamFin has been making the case that it has a role to play in helping with the recovery of the Jamaican economy. In an op-ed last week, O’Meally-Nelson noted that the sector is responsible for some $20 billion of loans revolving in the financial system – a suggestion that as a block their participation in the loan market packs substantial punch.

Microfinance firms, whose loans are often unsecured and therefore high risk, have seen a spike in loan defaults since the pandemic, to the extent that both JamFin and the Jamaica Microfinancing Association, JamFA, say have been pushing some firms towards bankruptcy.

O’Meally-Nelson says a cheaply priced $8 billion facility, which is proposed to be routed through the PSOJ Access to Finance programme, would allow the institutions to distribute loans at single-digit interest rates to clients.

“That would assist businesses that need capital to recover. Our thought is that agriculture is certainly a sector that the Government would want to refloat, and we are thinking about the transportation sector for these special loans,” she said.

JamFA is taking a different approach for its association of roughly 38 active members.

“We are talking internally to see whether we can get additional loans to get our most vulnerable clients – the school vendor, the jerk chicken man – back on their feet or whether we might have to look at a debt write-off.

The association is contemplating bad debt write-offs on loans with balances ranging from $40,000 to $200,000.

Gabbidon did not disclose how much that is expected to cost, but says the programme would require some form of grant support from Government or an international donor.

JamFA is now in the process of surveying its members to capture data on the impact of COVID-19 on their operations over six months, from January to June, which will then be compared to the comparative period of 2019 making the case for support.

“We have just designed a questionnaire that we have sent out to our members just this week. We want to get two consecutive quarters so that when we go to Government we can say this is the disbursement figures and this is the delinquency figures compared to what happened last year,” said Gabbidon. “The trend will show whether we can sustain this level of loss,” he said.

There are some 200 microfinancing firms in Jamaica, whose efforts to shore up their operations since the pandemic have involved ramped-up debt collections, moratoriums on debt payments, and lowering of loan rates to those borrowers who demonstrate an ability to repay.