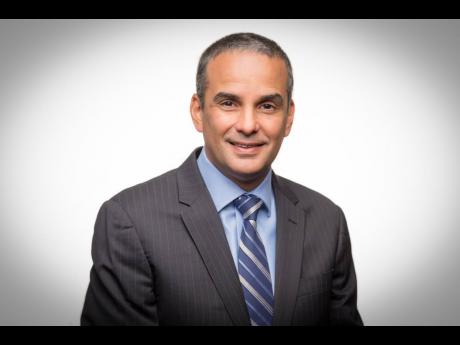 File
Paul Lalor, president of the Insurance Company of the West Indies.

With no vaccine or treatment yet developed, there is a lot of ‘guesstimating’ that the COVID-19 coronavirus may be around for at least another year, but more likely two, and that people and systems will have to adjust.

That includes the insurance market, where the absence of business continuity insurance, or BCI, as offset to some of the economic costs of business lost to the shutdown sparked by the pandemic has been a key talking point – and it’s mostly been critical.

The solution under contemplation is a collaboration with the Government on how to make BCI not only available, but also affordable for insurers to sell and businesses to buy.

No company holds that type of insurance now, which means that in this first stage of the COVID-19 pandemic, whose disruption to businesses and the economy is being counted in the billions – at the projected 5.3 per cent contraction in economic output measured in GDP that’s about $117 billion – general insurers themselves have no claims to deal with, and therefore no direct risk exposure.

For some, this means they are failing to meet the moment.

Member of Parliament Fitz Jackson raised the matter of pandemic business interruption insurance at the end of April, charging that the Government, through the finance minister and the prime minister, were complicit in giving insurance companies a pass on paying compensation in the midst of the crisis.

“What both were careful not to do was to include and insist that insurance companies honour business interruption loss provisions existing in many property insurance policies in Jamaica and elsewhere in the world,” Jackson charged, speaking in Parliament.

But the insurance sector adds one qualifier: those claims require a trigger.

In interviews with the Financial Gleaner, three of the top general insurers in the market – British Caribbean Insurance Company Limited, BCIC; General Accident Insurance Company Jamaica Limited; and Insurance Company of the West Indies, ICWI – also say BCI coverage is doable, but they are warning that it is going to be ‘pricey’. The market comprises 12 players

General insurers already offer various business-related policies, but none of the products include pandemic coverage as a business risk. That’s virgin territory.

“The truth is that there wasn’t any demand for this before COVID, as nobody would have predicted it,” said BCIC Managing Director Peter Levy, who is also the immediate past president of the Insurance Association of Jamaica, IAJ.

However, although there is no indication that it has been promoting the product, ICWI says it had been offering business continuity coverage even before COVID upended Jamaica. But nobody had wanted to buy it, said ICWI President Paul Lalor. He sees some irony in that.

“That specific cover is available, but we have not sold any in the past; but we do expect that some businesses will be asking for a quote on it in the future,” Lalor said.

General Accident’s Managing Director, Sharon Donaldson, believes the present discussion offers a teaching moment. She says the fundamentals of insurance dictate that risks are ascertained and then covered by using the fortunes of the many to pay for the misfortunes of a few.

Insurance is about known risks, she added, and is more concerned with material damage rather than economic loss. The damage would be the trigger.

“Insurance does not protect against perils that we don’t know about. We insure against named perils such as fire, hurricane, tsunami, earthquake, wind damage or flood,” Donaldson said.

The upshot is that if insurers don’t know how to measure the size or quantify the risk, then they are unable to properly price it.

Levy agrees. He says while there is business interruption insurance in various forms, the question of a payout under this pandemic would arise only under claims related to known perils.

“The business interruption insurance that we have really require physical damage to property that would trigger that interruption. Importantly, note that if there is a catastrophe but no damage to the insured’s property, there can be no pay-out,” said Levy, whose company is seen as one of the top providers of property insurance.

Donaldson says nobody could have contemplated that a disease would take over the world and cause governments to order a lockdown of businesses.

“The basis of the business interruption policy is clear … it covers you when there is material damage from a named peril. The COVID pandemic is not one such,” she said.

In the international market, there is at least one instance of a BCI payout due to the pandemic. A recent issue of Insurance Journal reported that Wimbledon’s organisers “had the foresight to buy around £1.5 million (US$1.9 million) per year in pandemic insurance following the SARS outbreak in 2003”.

The journal said roughly £25.5 million (US$31.7 million) in premiums was paid over that 17-year period and that Wimbledon is set to receive an insurance payout of around £114 million (US$142 million) for this year’s cancelled tournament.

Donaldson said the All-England Club, which hosts the Wimbledon tennis tournaments, was smart in how it approached coverage, and that the insurance payout became possible because coverage was structured around the cancellation of business rather than the onset of a pandemic.

“Wimbledon claimed for losses arising from the COVID-19 pandemic because it was a one-off event. The loss is therefore quantifiable,” Donaldson said.

Critical to providing insurance coverage, according to Donaldson, is the assessment of risks and the overall ability of insurance companies to cover those risks. A Wimbledon-type payout – the £114 million translates to around $20.5 billion in Jamaican currency at current exchange rates – would be beyond the capacity of Jamaican insurers, whose balance sheets, she adds, could not withstand the shock. Nor could businesses readily afford the premiums.

“To offer that type of coverage is to take the insurance company to a place where its balance sheet would be wiped out,” Donaldson said.

Levy adds that to the best of his knowledge, the total premiums paid in Jamaica just could not foot the bill for pandemic coverage.

“This market, this economy is never going to be able to generate enough premiums to provide coverage for the sort of incident that we suffered recently,” Levy said.

General insurers take in $81 billion per year as premiums; while reinsurance expenses, along with payout on claims, amount to $60 billion.

For the first nine months of 2019, business-related policies generated premiums of $14.2 billion, while claims paid out to that market segment amounted to $1.1 billion.

Measured by assets, the general insurance sector is valued at $86.3 billion, and is capitalised at $25.9 billion.

Insurers are required to maintain a ratio greater than 25 per cent of capital to assets.

Insurance companies in Jamaica typically pass on the institutional risk associated with massive payouts by purchasing reinsurance packages from specialist companies headquartered in key European financial centres. The reinsurance funds are essentially comprised of private capital in the form of hedge funds and investment money that is looking for a relatively safe harbour.

Levy says the insurance sector is now deliberating whether as an industry they can respond to the need for pandemic coverage, and how it would be structured.

“My soundings with those in the international market suggests that we can expect some sort of product by year end. It will take a bit of work in terms of underwriting, because we just don’t have the experience,” he said.

Lalor adds that as Jamaican businesses prepare for a post-COVID future, they should proceed with the knowledge that pandemic insurance coverage, though possible, will be pricey, as the reinsurance costs are likely to be high.

“The only issue to buy such a cover is going to be the price reinsurers charge. It has always been very expensive,” he said.

“We’re talking about a different type of insurance than, say, fire or earthquake, and it would have to be over and above what you would normally pay,” he added.

ICWI is a Jamaican company with operations in several Caribbean markets. Lalor says selling a pricey product is a daunting proposition, as businesses throughout the region are usually resistant to hikes in insurance rates.

Donaldson is not so sure reinsurers will back BCI coverage for Jamaica, and is sounding a note of caution.

“I am not sanguine that the reinsurers are rushing to take up this sort of risk when the reality is that they are reeling from the many losses that they’ve had to cover, such as the hurricanes in recent times, in addition to the forest fires in the US,” she said.

Levy says that as soon as practicable, the general insurance companies will be approaching the Ministry of Finance to discuss the way forward.

“What I envisage is some sort of private-public partnership, where the private sector would provide, say, the first two weeks or one month of cover, and, if it goes beyond that, that government funds kick in,” he said.