Kingston Properties wedded to US market, but switching tactics 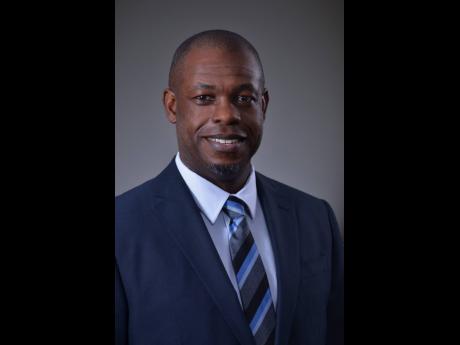 Kingston Properties Limited expects buying opportunities to emerge from the real estate market in the United States, arising from the fallout in that economy.

But the real estate investment trust which trades on the stock market as KPREIT is on the lookout for investments that will give it bigger returns than its current crop of holdings in that market.

CEO Kevin Richards said the US stimulus and rental benefits for US citizens are currently propping up the market.

“As soon as that runs out, the opportunities will be there, and we have cash,” he said following the annual general meeting held at The Knutsford Court Hotel in Kingston.

At mid-year, the company was holding US$13.6 million in cash, up from US$920,000 a year earlier, due to inflows from a rights issue executed by the company late last year. Kingston Properties announced at the end of July the acquisition of a multi-storey commercial complex in the Cayman Islands, called Harbour Centre, for US$10.7 million – the largest purchase for the company since its founding 12 years ago. It was financed from a mix of internal cash and loan proceeds.

The real estate company also announced the sale of its last residential unit in the South Florida market, which reaped US$410,000, at the same time. Kingston Properties has been disposing of units in that market in order to redirect investments into assets that generate higher returns.

Currently, its assets are split: US$35 million in Jamaica, US$12.8 million in Cayman Islands, held through an offshore registered company incorporated in St Lucia; and US$5.4 million in the United States.

The US market lost favour with Kingston Properties over the years due to its volatility. This created lower yields on its investments compared with similar assets in the Caribbean.

Any increased investment in the US would diverge from single unit holdings and towards commercial real estate.

“We are slowly coming out of condos and looking at owning multi-family apartment buildings,” said Richards, who said the latter was considered to be commercial real estate.

He adds that apartment buildings better reflect the wider market value, while condo prices are largely up to individual bids.

After announcing the Harbor Centre deal, the company indicated that its concentration of assets in the Cayman Islands had doubled from 21.9 per cent to 46.5 per cent of its portfolio; while they shrank from 20.5 per cent in the United States to 13.2 per cent. That would leave Jamaica with 40 per cent holdings.

Kingston Properties expects to sell three more condo units in the comings weeks, which are under contract, and which would cut its condo holdings down to 12 – nine at the Loft and three at the W Hotel in Florida.

“The US is the biggest market by far and the most vibrant market but it is also rife with volatility. Just as fast as it goes up it crashes. So we are trying to eliminate volatility but within that context we cannot ignore the US,” Chairman Garfield Sinclair told shareholders at the meeting.

He adds that the company has no intention to rush into new deals. “We are being patient and right now that is a virtue,” Sinclair said.