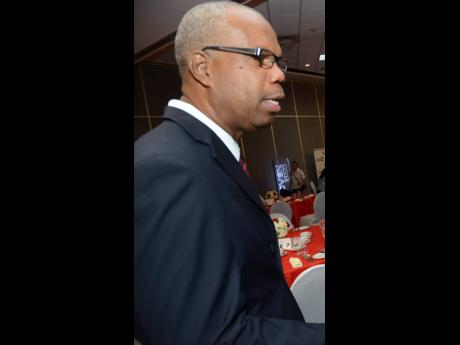 Industrial Gases Limited, IGL, is sole local producer of medical-grade oxygen distributed to the health sector and food-grade nitrogen distributed mostly to drinks manufacturers or otherwise used in food processing, and continues to dominate the market as a producer, having set up a plant a year ago at Ferry, Kingston.

The air separation unit, ASU, on which IGL spent US$10 million, is capable of producing 13 tonnes of medical oxygen and other gases per day, according to IGL General Manager Peter Graham. Since the commodity is highly prized in the age of COVID, sourcing it on foreign markets is uncertain.

“With the advent of COVID-19, it has been every man for himself, as they say. There was a point where nobody was exporting medical oxygen, so the local supply would have served us very well, to be honest,” Graham said.

The air we breathe is comprised of 78 per cent nitrogen, 21 per cent oxygen, 0.93 per cent argon, which is used in the manufacture of lightbulbs and welding; and 0.04 per cent carbon dioxide, which is used in the production of carbonated drinks and dry ice. The ASU separates and extracts oxygen and nitrogen from the atmospheric gas.

Even as a producer, IGL also imports the oxygen and nitrogen sometimes, for distribution, due to demand fluctuations.

“Occasionally, we may have to import a small amount, but generally, it has reduced our reliance on imports and the need for foreign exchange,” said Graham, adding that the annual foreign exchange savings was in the order of US$2 million.

Critical to the operation of the air separation plant is an integrated 1.5MW power plant, which is fuelled by LNG supplied to IGL by New Fortress Energy.

The power plant is to be developed further under a two-part project, the first requiring an investment of about US$1 million to add components that will allow IGL to collect exhaust gases, and convert the otherwise wasted carbon dioxide, CO2, to food-grade purity for use in manufacturing.

“Some of the components of the CO2 plant were already in place, using the US$10 million, but there will be an additional [investment] of around US$1 million or so. The equipment is on order and due to arrive any time now. That should be up and running by Q1 of 2020,” Graham said.

The second phase calls for the expansion and retrofitting of the plant, which currently has a rated capacity of 13 tonnes/day, and could be upsized by about 50 per cent.

In the meantime, IGL is already scouting for markets outside Jamaica.

“The next step is exports because, outside of Trinidad, we are the only plant in the region. The first goal was to size it to meet local demand, the next move is to be a net earner because the market is out there,” Graham said. The Trinidad producer is Air Liquide Trinidad & Tobago, a global industrial gas company.

IGL has been in Jamaica for over 50 years, producing a range of gases for industry and the health sector from its plant at Ferry, and operating a filling plant for LPG and some industrial gases, such as chlorine, from Spanish Town Road, Kingston. The company is said to have a near monopoly over the medical oxygen and nitrogen markets, with other players said to be inconsequential.