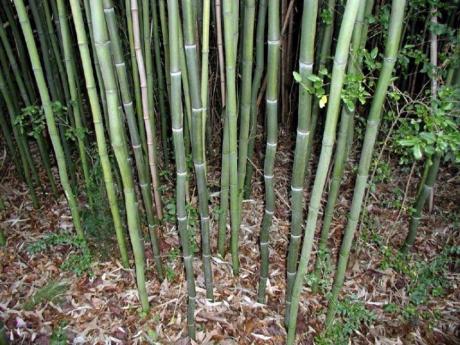 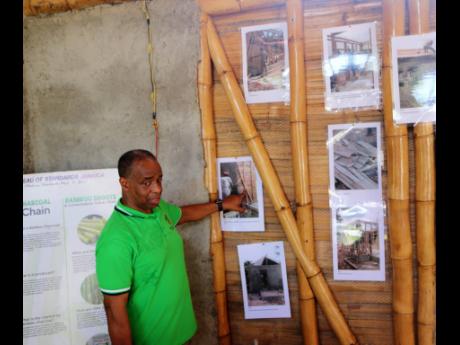 File
In this file photo, Gladstone Rose of the Bureau of Standards Jamaica makes a point about the use of bamboo.
1
2

Jamaica’s standards authority, Bureau of Standard Jamaica (BSJ), in a partnership with the Bamboo Industry Association of Jamaica, appears close to setting up a facility in White Marl, St Catherine, from which the companies will carry out research on the development of bamboo houses in Jamaica.

The premises have already been secured through an agreement with the state-owned Factories Corporation of Jamaica but it will be another two months or so before the partners can move in. They are collaborating with the National Housing Trust (NHT) on the bamboo housing project.

In the meantime, staff is being trained with the assistance of civil engineering professor at Pittsburgh University in the United States, Kent Harries, and have been doing fieldwork at farms across Jamaica to test the suitability of various bamboo species for the venture, which is aimed at providing lower priced housing to Jamaicans.

In January, the NHT donated $54 million to the BSJ to research and construct houses primarily from bamboo materials. The first phase of the project is said to have begun last month with the partners teaming up with the University of Technology, Forestry Department and the HEART/NSTA Trust for lab testing of bamboo materials, training and the development of a bamboo technology curriculum.

“Resource Fibre is in discussions with the agriculture ministry about buying bamboo as raw materials from our farmers because they now import guadua from Ecuador and Costa Rica,” director of special projects at the BSJ, Gladstone Rose, told The Sunday Gleaner.

Guadua is a variety of bamboo that is considered the strongest.

“Eventually, they want to set up a plant here in Jamaica, and if it materialises, then we would be able to purchase the finished goods from Resource Fibre and it could also result in a reduction the amount of lumber and plywood that Jamaica imports,” Rose said.

Phase two will begin when the bamboo association starts to construct prototype units on lands owned by the NHT.

A bamboo-framed dwelling at the Denbigh Showground in Clarendon sits as the first demonstration of what a house primarily made of bamboo looks like. It was constructed in 2014.

Rose said that the design for the model units – a single-storey one-bedroom house and a two-bedroom unit – could mimic that of the model house, but the partners are also exploring other design options.

In designing a structure that is both modern and resistant to disasters such as earthquakes and hurricanes, concrete blocks are used in the foundation of the demo unit. Bamboo poles are then added to the structure. The exterior is first covered with bamboo matting and then finished with cement mixture.

Concrete mix is also used on the flooring to provide support. On the interior, clients will have the option of bamboo walls plastered with cement, or utilising the natural bamboo design.

Rose said that as part of the research, the BSJ will be testing a bamboo roofing concept which is said to last for between 30 and 40 years.

“We have been researching bamboo corrugated roofing, but we never tested it before. It looks like zinc sheeting but it’s actually compressed bamboo, and as part of our research we want to test whether the finished products that Resource Fibre produces can be used as material for roofing of the bamboo homes,” according to Rose.

The build-out of bamboo homes is expected to come in at two-thirds or roughly 67 per cent of the cost of building a concrete structure. The eco-friendly units are also said to be cooler in the hot summer months and warmer in the latter part of the year. Raw materials are to be supplied from the Peckham bamboo project in Clarendon.

The units are expected to be built in the latter part of 2021.

Phase three of the project will see the generation of documents from the research to be utilised by construction workers. By that time, bamboo should also have a place in Jamaica’s building code.

“Once all the work is done, the NHT will be able to recommend bamboo houses as another option in the building process. But the success of this project is really dependent on whether or not consumers and builders accept it,” Rose said.