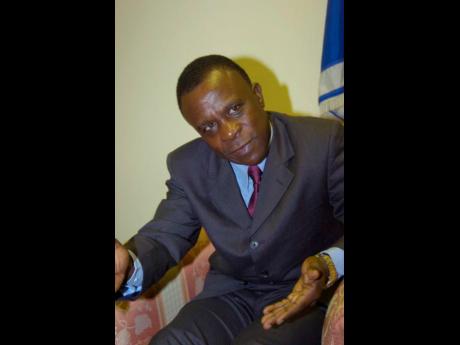 Grenada’s Finance Minister Gregory Bowen says the light and power company in that Caribbean country, Grenlec, will continue to operate as a private company under the Companies Act, although the government has repurchased the majority shares owned by WRB Enterprises since 1994.

“There will be a shareholders meeting, there is a good quantity of small shareholders around, they will meet,” said Bowen, who also serves as minister for public utilities.

“They will just continue in the same strain and maybe what they will have to do, is maybe at the shareholders level, we will meet and authorise that it be run by a management company,” he said.

Among the requirement in the Companies Act will be appointment of directors, as the appointments by WRB Enterprises are now void.

The Keith Mitchell-led administration says that it has already approached the World Bank and the International Renewable Energy Agency (IRENA) to procure the services of a world-class management company to operate the utility and facilitate the divestment of the shares through a public offering. The management company will also advance the country’s objectives towards greater use of renewable energy and achieving energy security, reliability, lower prices, and greater access, including the provision of much-needed renewable energy-powered street lights across the country.

“The company will continue to report to the board, but with the World Bank [and] IRENA on board monitoring the plans, it will not be like WRB, but more of a transition into renewables and to ensure that government’s energy policy is followed, because that policy is based on 2035 policy,” Bowen said.

Through a US$63-million settlement, which is US$12 million less than an arbitration award, government regained control of the 50 per cent shares sold to the Florida-based WRB Enterprises in 1994. In addition, the government of Grenada has also acquired the 11.6 per cent shares in the Grenada Private Power Limited – a WRB-affiliated company.

The finance minister disclosed that the government had to repurchase the shares when WRB initiated legal proceedings in 2017 following the passage of laws by the parliament to liberalise the electricity sector under a World Bank-funded OECS project.

“That project sought to diversify Grenada’s energy sector to include renewables, thus enabling the country to meet its international commitments to reduce harmful greenhouse gases and to reduce the cost of electricity to support private-sector development,” a government statement pointed out.

The legal action by WRB was grounded in a clause in the 1994 share purchase agreement signed by the then National Democratic Congress administration, which provided the company with a monopoly on the generation and distribution of electricity, a monopoly which also imposed restrictions on individuals and corporations seeking to generate electricity for their own use.

The legal team of WRB Enterprises successfully argued before the International Centre for Settlement Investment Disputes that certain clauses in the 2016 Electricity Supply Act will negatively impact its financial operations.

The 2016 law was a direct outcome of the 2011 World Bank’s Eastern Caribbean Energy Regulatory Authority (ECERA) project. That project sought to put the legal framework in place to liberalise the energy sector in Grenada and St Lucia.

The ECERA was part of the World Bank Group’s regional partnership strategy 2010–2014 discussed by the World Bank’s board on June 8, 2010. Establishing a regional regulatory authority was seen as instrumental for increasing efficiency improvements in electricity service delivery and helping to optimise the utilities’ fuel choices and procurement of renewable energy.

The final report specifically said that the regulatory authority was tasked with exerting pressure for efficiency on electricity companies that were not subject to regulatory oversight and improving the scrutiny of the incumbent utilities’ generation capacity-expansion plans, requiring them to purchase power from independent producers in cases where doing so could lower the total system costs.

The final report, which is dated June 2019, said that the overall outcome rating is unsatisfactory, based on a project development objective.