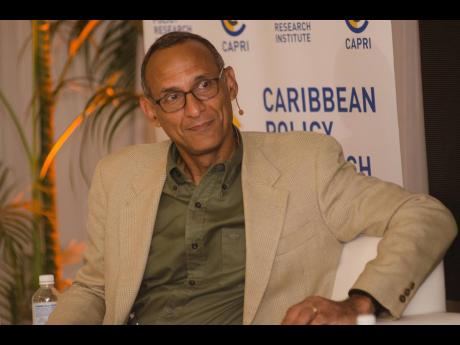 Ambassador Aloun Ndombet-Assamba has retired as CEO of COK Sodality Co-operative Credit Union Limited. Ndombet-Assamba, a former member of parliament and minister of tourism who was at one time Jamaica’s high commissioner to the United Kingdom and Europe, made the announcement via Twitter on Monday. She said she will continue to serve the credit union as a consultant and brand ambassador.

Head of the Department of Economics and senior lecturer at The University of the West Indies, Dr Damien King, has been appointed to the board of directors of Jamaican Teas Limited. The appointment took effect on January 1.

Guyana has signed on to the new agreement that will govern trade and investment between the United Kingdom and the CARIFORUM group of countries following the UK’s exit from the European Union, EU.

CARIFORUM is made up of the member nations of the Caribbean Community (Caricom) and the Dominican Republic.

Previously, CARIFORUM countries engaged in trade with the UK as part of the CARIFORUM-EU Economic Partnership Agreement.

China’s manufacturing activity improved in December, but at its weakest rate in three months, as the economy recovered from the coronavirus pandemic while its trading partners struggled with rising infections, according to two surveys.

A monthly purchasing managers’ index, PMI, issued on Monday by a business magazine, Caixin, slipped to 53 from November’s 54.9 on a 100-point scale, on which numbers above 50 show activity expanding. A separate PMI by an official industry group, the China Federation of Logistics & Purchasing, declined to 51.9 from the previous month’s 52.1.

China is the only major economy on track to record positive economic growth in 2020 while the United States and Europe struggle with rising COVID-19 infection numbers that have prompted governments to reimpose travel and business controls.

India will not allow the export of the Oxford University-AstraZeneca coronavirus vaccine for several months, the head of Serum Institute of India, which has been contracted to make one billion doses of the vaccine for developing nations, said this week.

With rich nations reserving most of the vaccines that will be made this year, Serum Institute — the world’s largest vaccine manufacturer — is likely to make most of the inoculations for developing countries. The ban on exports, however, means that poorer nations will probably have to wait a few months before receiving their first shots.

The vaccine was granted emergency authorisation by the Indian regulator on Sunday, but on the condition that Serum Institute doesn’t export the shots, to ensure that vulnerable populations in India are protected, Adar Poonawalla, the company’s CEO, said in a phone interview with The Associated Press.

He said that the company has also been barred from selling the vaccine on the private market.