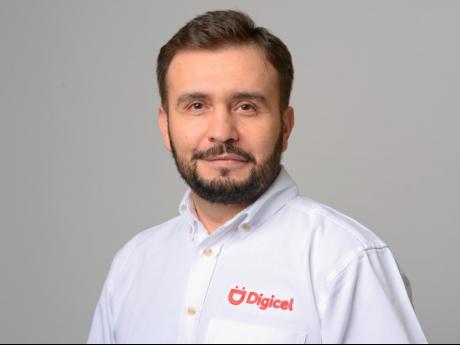 No stranger to Digicel, Kayumov has headed up Digicel’s operations in Trinidad & Tobago for the last two years.

The company says he quickly made his mark on the business by driving the performance across all business lines to record Digicel’s best year ever in Trinidad & Tobago in 2019.

Most recently, he spearheaded Digicel’s digital transformation agenda in Trinidad & Tobago culminating in the successful relaunch of the company as a Digital Operator.

Commenting on his appointment, Kayumov said; “It all started here 19 years ago. Jamaica is Digicel’s flagship country so I’m super excited and honoured to be given the opportunity to join the Jamaica team at a pivotal time for the company as we work to deliver digital experiences 1440 minutes of each day to customers as a digital operator.”

In congratulating him on his appointment, Oliver Coughlan, Digicel CEO for the Caribbean and Central America, said; “Of note is Jabbor’s willingness to make himself accessible to customers and staff alike 24/7 which, in turn, has given rise to a customer-centric culture that shows up positively in our engagement scores and in customer feedback. Jabbor’s enthusiasm and dynamism are infectious and has been an integral part of the success that he has driven in our Trinidad & Tobago operations.”