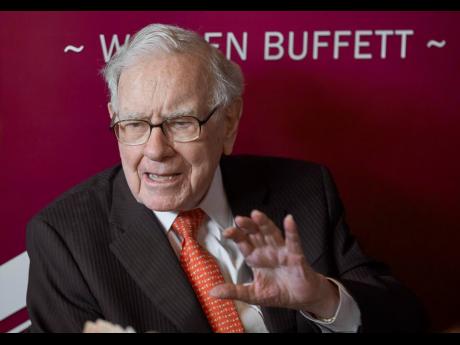 Investor Warren Buffett’s fortune surged above US$100 billion on Wednesday when shares of his company hit a record high at over US$400,000 apiece.

Berkshire Hathaway’s Class A shares climbed to US$407,750 on Wednesday before giving up some ground to close the day at US$398,840. The Class B shares of the Omaha, Nebraska-based conglomerate were selling for a much more affordable price of US$263.99.

Berkshire’s shares have generally been increasing over the past two weeks since Buffett released his annual letter to shareholders late last month. Even with the coronavirus pandemic weighing on many of Berkshire’s businesses, the company reported a US$35.8-billion fourth-quarter profit, largely due to paper gains on the value of its investments.

Buffett’s fortune, which is mostly tied to his ownership of 248,734 Class A shares, topped US$101 billion at the stock’s peak on Wednesday. But he would be worth significantly more if he hadn’t been giving away large blocks of Berkshire Hathaway stock annually to the Bill and Melinda Gates Foundation and several other charities since 2006.

Buffett estimates that the shares he has given to charity over the years were worth more than US$37 billion total at the time they were given away.