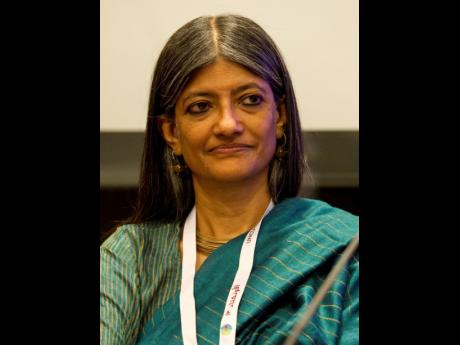 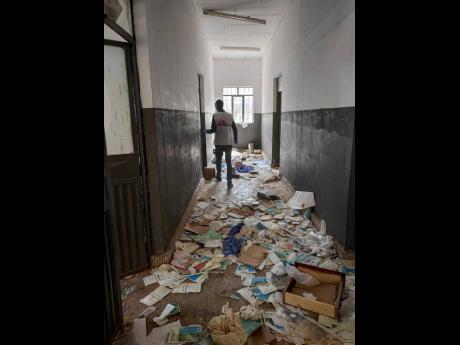 In this undated 2021 photo released by Medecins Sans Frontieres, a man walks along a corridor in a vandalised health centre in May Kuhli, in the Tigray region of northern Ethiopia. Amid the unrest, rating agency Moody’s has downgraded Ethiopia over debt negotiations. 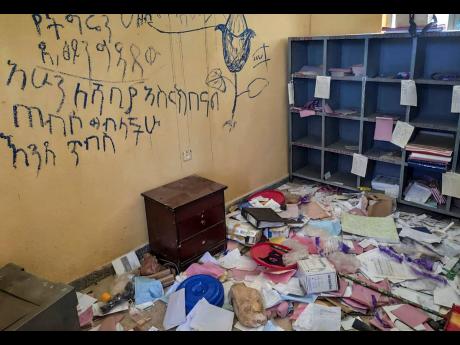 In this undated 2021 photo released by Medecins Sans Frontieres, anti-Tigrayan graffiti is scrawled on the walls of a vandalised room in a health centre in Debre Abay in the Tigray region of northern Ethiopia. Amid the unrest, rating agency Moody’s has downgraded Ethiopia over debt negotiations.
1
2
3

On March 10, the credit rating agency Moody’s placed Ethiopia on review for a downgrade

The problem isn’t violence and repression in Ethiopia’s embattled Tigray region. Rather, Moody’s has concluded that the Ethiopian government’s commitment to engage with private creditors, as part of the G20 Common Framework for Debt Treatments beyond the Debt Service Suspension Initiative, or DSSI, raises the risk that those creditors will incur losses. For that, the country apparently must be punished.

Whereas the DSSI aims to provide immediate relief to low-income countries during the pandemic, the G20 Common Framework was designed to help debt-distressed sovereigns reschedule or reduce their liabilities. For many countries, it offers the best chance of making their debt burdens sustainable. But now, the threat of ratings downgrades is casting a shadow over these countries’ prospects.

This points to a systemic problem in international finance: the extraordinary – and undeserved – power wielded by a few private credit-rating agencies. Just three – Moody’s, S&P Global Ratings, and Fitch Ratings – control more than 94 per cent of outstanding credit ratings. And there is significant cross-shareholding among them.

These oligopolistic firms are market movers and makers, influencing financial portfolio allocations, the pricing of debt and other financial instruments, and the cost of capital. Bolstering their authority, the US Securities and Exchange Commission has recognised them as official statistical rating organisations. And many institutional investors, required by law to hold only ‘investment-grade’ assets in their portfolios, must abide by the rating agencies’ verdicts.

Concerns about ratings agencies were first widely expressed during the Enron scandal in 2001. Enron, an energy-trading company, had been using accounting tricks and complex financial instruments to mislead investors, creditors, and regulators about its value. The rating agencies were certainly fooled: The Big Three all issued Enron investment-grade ratings just days before the company collapsed.

Credit-rating agencies have also been accused of enabling the United States’ subprime-mortgage bubble, which triggered the global financial crisis when it burst in 2008, and of exacerbating the bust through rapid reversals and downgrades. And they have been known to adjust ratings in ways that seem to reflect ideological positions, such as a commitment to fiscal austerity.

And yet, as Yuefen Li, the United Nations’ independent expert on foreign debt and human rights, points out in a new report, rating agencies face no accountability for their mistakes or damaging behaviour. Their ratings are legally described as ‘opinions’, which are protected under free-speech laws, and they do not disclose their methodology. In short, rating agencies do not bear appropriate responsibility for the enormous power they wield.

Moreover, as Li also notes, conflicts of interest abound. Rating agencies are private businesses, funded largely by the institutions they rate. And they are players in the markets they purportedly assess, meaning that self-interest inevitably shapes their decision-making. Rating agencies have, for example, been involved in the creation of financial products that they were then responsible for rating – including the mortgage-backed securities that, flush with AAA ratings, helped bring about the 2008 crisis.

And yet, even as regulators work to limit conflicts of interest among most financial-market players, they seem content to leave credit-rating agencies to police themselves. The lack of regulatory action partly reflects the lobbying power of the Big Three. And it is generating serious risks, which the coronavirus pandemic has intensified.

For example, procyclicality in rating – another issue Li highlights in her report – is making financial market conditions inhospitable for developing countries, whose economic prospects have been undermined by the COVID-19 crisis. Furthermore, the threat of a ratings downgrade is preventing many governments from pursuing sufficient fiscal expenditure. Now, with the latest move from Moody’s, developing-country governments must fear entering into debt-restructuring negotiations with private creditors, even as part of multilateral programmes aimed at providing debt relief.

If the G20 countries are serious about improving developing countries’ debt positions during the COVID-19 crisis, they should begin by supporting the temporary suspension of credit ratings. In the medium term, regulators must take action to ensure that rating agencies are fulfilling their intended market-stabilising role. Tackling conflicts of interest – such as by limiting agencies’ dependence on payments from those they rate – is essential.

But regulating private rating agencies may not be enough. The UN Conference on Trade and Development, or UNCTAD, has long argued that the world needs an independent, public rating agency to conduct objective evaluations of the creditworthiness of sovereigns and companies. Such an agency is also necessary to assess the instruments used to finance new public investment, which will be in high demand in the coming years.

A global agency makes sense, because credit ratings, especially for sovereign debt, are international in scope. Perhaps more important, it would provide a much-needed counterbalance to unaccountable private agencies. It might even force the Big Three to embrace reforms that they have long resisted.

Jayati Ghosh, executive secretary of International Development Economics Associates, is Professor of Economics at the University of Massachusetts Amherst and a member of the Independent Commission for the Reform of International Corporate Taxation.©Project Syndicate, 2021www.project-syndicate.org