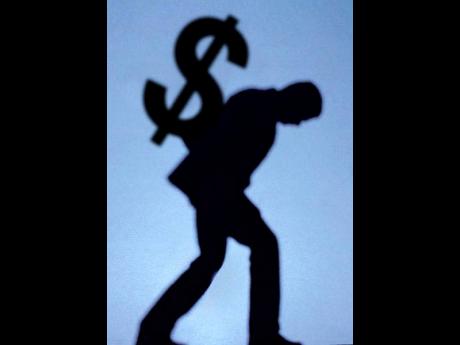 A headline in this newspaper on March 22 declared: ‘You can’t collect on COVID-19 losses, insurance boss’, in relation to business interruption coverage. The source of that information was Sharon Donaldson, CEO of General Accident Insurance Company, one of the country’s biggest non-life entities.

Mrs Donaldson-Levine is a chartered accountant, an attorney-at-law, the holder of a master’s degree in business administration, and has over three decades of experience in the insurance industry. She understands the intricacies of the theory and practice of business interruption insurance. To complete the background, I have a professional relationship (of sorts) with Mrs Donaldson-Levine and have long respected the quality of her leadership of General Accident, which has expanded beyond the shores of Jamaica.

The Gleaner quoted her as saying: “A lot of companies were closed due to COVID-19, so they would have lost a fair amount of profits because they were not operating,” while delivering the keynote address at a virtual monthly meeting of the Kiwanis Club of Montego Bay. “We got many claims wanting us to pay for business interruption coverage because they were not able to operate in that particular period; and because it says, ‘business interruption coverage,’ they say, ‘My business has been interrupted by COVID-19, so I cannot see any reason why I cannot be paid’.”

According to Mrs Donaldson-Levine, “business interruption insurance only covers damage caused to business places’ physical infrastructure that would affect the company’s work, but the coverage does not include the impact of diseases like COVID-19.

“Unfortunately, those dreaded fine points [it should be ‘print’] in the documents say that we exclude any payment for business interruption following a pandemic or any kind of disease at all, and you must have physical damage, so closing down as a result of COVID-19 is not a covered peril,” continued Mrs Donaldson-Levine.

The reporting of what Mrs Donaldson-Levine was alleged to have said troubled me. While she could not be accused of using “opaque insurance jargon” to confuse her audience – which was the subject of my March 14 article – it appeared she had not done her homework in preparing for what was referred to as a keynote address. Alternatively, to give her the benefit of the doubt, it may have been that the reporter did a poor job and misquoted her.

Whatever the cause, the message omitted important points and probably caused the audience to draw wrong conclusions.

Two days after I read The Gleaner report, I came across an article that was published in an authoritative British insurance publication. It read: “Insurers have paid a total of £472 million in interim and COVID-19 related business interruption (BI) claims following a test case, according to data published by the Financial Conduct Authority (the insurance regulator). The regulator detailed that this includes £192.1 million in interim payments made for unsettled claims as well as £279.8 million in payment made for claims where final settlements have been agreed and concluded.”

The January 15, 2021, edition of Reinsurance News stated that: “The UK Supreme Court has upheld the judgment on the Financial Conduct Authority’s (FCA) business interruption (BI) insurance test case. The financial regulator brought the case forward in May 2020 to seek legal clarity on whether insurers were obligated to pay out on BI claims related to the COVID-19 pandemic.” In other words, FCA decided to test the assertions of leading insurers and their legal advisers that COVID-19-related business interruption claims were not covered by their policies – the same argument that Mrs Donaldson-Levine put to the Kiwanians this month.

“After the UK High Court passed its long-awaited judgment on the FCA’s BI insurance test case in September 2020, ruling in favour of policyholders on the majority of key issues, the UK Supreme Court granted permission for the FCA and a group of insurance and reinsurance companies to appeal its ruling.

“The result of the appeal of the landmark business interruption case will be welcomed news for small businesses in the UK. For insurers and reinsurers Arch, Argenta, Hiscox, MS Amlin, RSA, and QBE, their appeals have been dismissed. This means that the coverage will have to be honoured and in certain instances where insurers had previously denied it. It is believed that some 370,000 small businesses may have been affected by the outcome of the case, with analysts estimating that between £3.7 billion and £7.4 billion of claims are on the line.”

While the cases that I have cited may not create a legal precedent in the Jamaican courts, it would be unwise, in my opinion, to make a definitive statement about insurers’ liability about local COVID-19 business interruption insurance claims without a more detailed study.

Perhaps the local insurance regulator should be tasked with developing another approach based on the findings of the UK Supreme Court, the market realities, the constraints of our judicial system and the need for a quick and expert resolution of the complex issues that are involved.