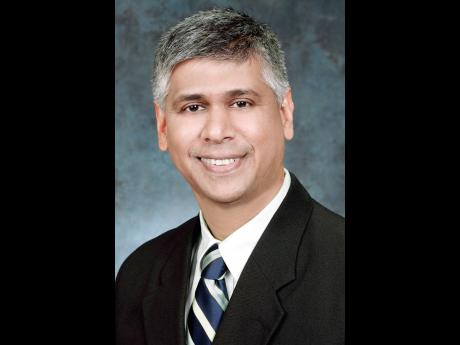 As it marks 16 years of operation, regional rating agency CariCRIS is setting up shop in Jamaica, a move that signals growing business for the company that is part-owned by regional central banks, several major regional commercial and development...

As it marks 16 years of operation, regional rating agency CariCRIS is setting up shop in Jamaica, a move that signals growing business for the company that is part-owned by regional central banks, several major regional commercial and development banks, and CRISIL, an associate company of global rating agency Standard & Poor’s.

The Jamaica office of CariCRIS is being set up in the centre of the New Kingston business district, at the PanJam building.

Wayne Dass, the agency’s CEO, did not immediately respond to Financial Gleaner queries about the specific market changes and precise client growth that would have prompted the business to expand for the first time beyond its Trinidad & Tobago headquarters.

However, it is believed that figuring prominently in the decision of the CariCRIS shareholders and management, are recent moves by more Jamaican investment companies to actively seek out the agency to secure its imprimatur on debt issues, at a time when more corporations are looking to the capital market, including the bond market, for cash to sustain and grow their operations, and, since the pandemic, to hunt down bargain acquisitions, and otherwise prepare for post-crisis expansion opportunities.

The bond placement or exempt distributions market is a quarter of its size, at around $480 billion, but its activity has been expanding, to the degree that they are now more than half the levels of commercial bank debt. Bank loans were last estimated at more than $900 billion, which over $400 million is debt held by businesses and services. The majority is in the form of personal loans.

To capture some of the action on the corporate debt market, the Jamaica Stock Exchange – where $1.78 trillion of wealth resides in equities and is available for trading – launched the JSE Private Bond Market earlier this year as a secondary market for trading privately placed debt. So far, it has two bond listings valued at $7 billion, both issued by Trinidad-based but Jamaican-controlled insurance conglomerate Guardian Holdings Limited.

A statement from CariCRIS on the eve of the office launch confirmed the growing demand for ratings. It noted that a key component of the modernisation of financial sector legislation in Jamaica over the past two years, has been the increased use of credit ratings to ensure transparency and proper price discovery in capital market activity. This, in turn, has boosted demand for CariCRIS’ services.

The declaration by the rating agency aligns with points raised previously by Finance Minister Clarke that the maturing and growing sophistication of the Jamaican securities market has been met with government policies and legislation that place emphasis on developing robust, modern financial institutions to support economic expansion and growth.

“To properly respond to this increase in demand and ensure we maintain the same high level of service that our clients are accustomed to, we have decided that an on-site presence in Jamaica by way of a small satellite office would serve us best,” CariCRIS said.

In its annual report last year, CariCRIS said its regional scale “compares an entity’s creditworthiness to all debt issuers in a defined Caribbean region”, whereas for its national scale credit rating, the ‘comparison set’ is “all debt-issuing entities in a single nation”.

Given the level of assessment that goes into credit ratings, CariCRIS notes that the upshot for the borrowers, that is, those issuing debt, its ratings serve to “enhance credibility and expand access to funding sources”.

In terms of financial performance last year, the rating agency reported revenue of US$1.48 million and profit after tax of US$210,500. Revenue rose eight per cent, while profit grew 23 per cent at year ending March 2020.

This was set against the backdrop of a contraction in the global economy that was initially projected to be in the region of three per cent. CariCRIS said then that within that context, it was expecting the impact of the pandemic on its 2021 financial performance to have been moderate. Those results are not yet available.

The company is said to have undertaken 10 new ratings during 2020, with four being in Jamaica, three in Trinidad & Tobago, and one each in Barbados, St Lucia and Belize.

It has done ratings in 19 Caribbean countries since its founding, with Trinidad & Tobago accounting for the lion’s share – 42 per cent; and Jamaica the second largest – 25 per cent.

CariCRIS also reported last year that it had rated 196 entities since its inception, spanning a diversity of sectors, including banking, insurance, mutual funds and other financial services, oil and gas, manufacturing, retail and distribution, tourism, port operations and property development.