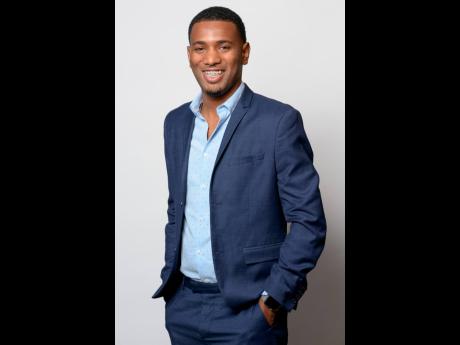 Microlending firm Dolla Financial is floating a $200-million bond, amid plans for at least two acquisitions this year. Dolla has the option of upsizing the bond to $300 million, according the private placement memorandum obtained by the Financial...

Microlending firm Dolla Financial is floating a $200-million bond, amid plans for at least two acquisitions this year.

Dolla has the option of upsizing the bond to $300 million, according the private placement memorandum obtained by the Financial Gleaner. The bond, which matures in two years, is priced at a coupon rate of 9.25 per cent, and will pay interest quarterly.

CEO of Dolla Financial, Kadeen Mairs, declined to comment on the bond offer, but confirmed that the company has plans to acquire two local companies in its effort to grow the microfinance firm’s loan portfolio.

The companies being targeted for acquisition were not disclosed.

“Quite a few microfinancing companies are looking for buyout because of COVID-19 and the effort that it will take, whether financial or otherwise, to meet the requirements of the act,” he said, referring to the newly passed Microcredit Act that will place microlenders under the regulatory umbrella of the central bank.

“We are looking for acquisitions with a combined loan portfolio of $250 million,” he added.

Dolla Financial’s loan portfolio was estimated at $307.4 million at the end of 2020.

“What we are projecting at the end of this financial year is the doubling of our loan book from both organic growth and acquisition. Also, if these acquisitions take place, we should be able to double our branch network,” Mairs said.

The company has seven branches, its most recent addition being the Mandeville, Manchester, branch which was opened in July 2020.

Dolla generates the majority of its income from loans to clients within the tourism and business process outsourcing industries, but is looking beyond those sectors for organic growth, through three new products: Medi-pay, which offer clients loan for cosmetic surgery, including body contouring procedures, dental braces and retainer; Four-pay, a buy now, pay later facility which offers customers shopping online to pay for the item in four monthly instalments; and ‘One and Move’, which is directly targeted at taxi operators.

“We have partnered with select doctors to provide affordable financing for cosmetic procedures. The buy now, pay later financing option has been taking off overseas and so we wanted to be the first mover on that loan product in Jamaica. For that service we have partnered with Shoppable and we will use the items purchased as security,” Mairs said.

The company, which has a presence in Guyana, has earmarked US$500,000 over the next six months for growth of subsidiary Dolla Financial (Guyana) Inc.

Dolla Financial has been operating from Georgetown, Guyana, for roughly three years, but fallouts from the COVID-19 pandemic sent the company executives back to the drawing board, which later resulted in the revamping of some products. A relaunch of the operations there is planned for June 1.

“We hope to have 500 clients by December, whether it’s in business loans like receivables financing, factoring or personal loans to people employed to the call centres in Guyana. The US dollar has been appreciating in Guyana and so that helps with our FX [foreign exchange] risks,” Mairs said.

Dolla Financial, which was incorporated in 2009, was acquired last year by First Rock Capital, which holds 75 per cent of the company. Dequity Capital, which is connected to Mairs, holds 19.18 per cent, and Mairs holds the other 5.82 per cent.