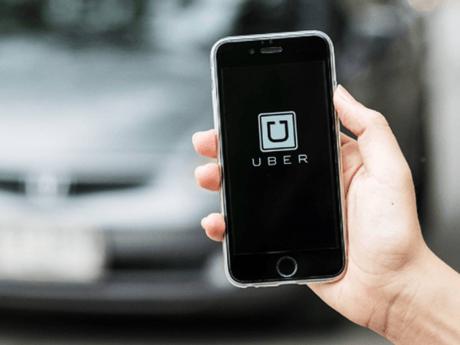 This week, the disruptive American technology firm Uber careened on to the local public transportation scene, burning a trail of excitement about lower fares and controversy around fair competition and respect for and adherence to transport sector...

This week, the disruptive American technology firm Uber careened on to the local public transportation scene, burning a trail of excitement about lower fares and controversy around fair competition and respect for and adherence to transport sector regulations across social media and throughout the streets of Jamaica, from Negril to Morant Point.

Whether by accident or design, their market entry debacle has already earned them an enviable treasure chest of press and media coverage worth millions of dollars, conservatively speaking.

The magnitude of the publicity, propelled by controversy, may prove to be a critical early win for the company. For me, however, it is not about market-entry dramatics or theatrics. Instead, the titanic question in the spotlight, or headlights, at this point is: How should this market disruption play out to ensure the best service and not ‘dis’ service to Jamaica and its citizens? To answer that question, we need to examine the issues driving the excitement and controversy.

Uber Technologies listed on the New York Stock Exchange in May 2019 and currently enjoys a market capitalisation of US$91 billion, though struggling to achieve profitability in recent years and racking up losses of over US$800 million in 2019 and US$1.1 billion in 2020.

Operational in over 70 markets, Uber describes itself as “a platform where those who drive and deliver can connect with riders, eaters, and restaurants”. The transport or rideshare feature of the app allows users to request a ride to their desired location, and if a nearby driver accepts the request, the app displays the name and location of the driver, estimated time of arrival, a map of the journey, and the make of the vehicle, among other details. Drivers and passengers can also rate each other after each ride.

Users of public transport appear to be most excited, not by the convenience of Uber’s technology, but the drastically lower rates offered by the company when compared with hackney carriage and charter vehicles. For example, when I checked on Wednesday, a ride from Liguanea in Kingston to the Norman Manley International Airport would cost J$912 in an Uber and was seven minutes away. A chartered taxi service I called right after was charging J$3,500 for the same trip, and the driver was five minutes away. That’s a difference in price of almost 300 per cent.

Uber did not indicate via its app that this was a special or introductory rate. It was a similar price difference for a trip from New Kingston to Portmore or Spanish Town.

“At these rates, I’m better off parking my car at home in Portmore and taking an Uber everywhere,” remarked one social media user who went on to express the hope that Uber stays forever.

She, perhaps unwittingly, raised two critical questions with that post.

The first is that the price to commute by chartered car was so low that not even she, operating as a private individual rather than a for-profit business, could compete with Uber’s pricing. This may also be an issue of fair competition and whether the pricing is so low that others in the industry may not be reasonably able to compete thereby putting them out of business and enabling a dominant, even monopolistic, market position in a very short period, the antithesis of competition.

It should also be noted that Jamaica’s Fair Competition Act renders such pricing unlawful.

The second question is whether Uber will be ‘here forever’, striking at the heart of sustainability, reliability, and longevity, which are essential pillars for efficient public transport. The answers to those questions could possibly be found in a 2020 television interview on CNBC with Uber CEO Dara Khosrowshahi in which he conceded that the company’s strategy to achieve profitability would be driven by price increases across all markets.

He went on to say: “I do think that the era of pricing only to win business is over, and I think its leading to the era of actually having a good service.”

When asked about the company’s sell-off of its food business in India and contraction of services in that market, the CEO explained that the company’s strategy is to profitably dominate a market by becoming “the number 1 or 2 player” in 12-18 months, and if not, they would consolidate. Put another way: they would exit the market.

The risk of companies disrupting then exiting a market within the short term is one that requires careful assessment and mitigation from public-transportation regulators. Nevertheless, it would not be unreasonable to infer that Uber’s strategy for Jamaica may be to dominate the market in a year, expanding transportation services from which it earns 25 per cent of every dollar paid by the consumer for rides and then leverage its dominant position to switch from pricing to win business to pricing for service. So what is wrong with consumers enjoying the spoils of ridiculously low rates in the meantime, one might ask. The answer is simple: unfair competition as a market-entry strategy disenfranchises other players or competitors to the point that they are forced out of business. It also disincentivises new entrants, thus enabling the real beneficiary to become the dominant, sometimes monopolistic, player.

Interestingly, just a few weeks ago, I publicly shared my shock and awe with Uber’s new on-demand pricing adjustment in the United States when a trip from the airport, which usually costs US$18 to US$25, skyrocketed to over US$130 due to “‘unusually high demand”. It was a frightening reminder of what happens when there is no regulator-imposed price ceiling to protect consumers. Fortunately, Uber has other dominant competitors in the United States, and I escaped the fury of ‘peak period rates’.

Which takes me to the controversy between Uber and the public transportation regulatory body, the Transport Authority of Jamaica, which issued a press release within hours of the company’s launch in Jamaica, raising concern about attempts to circumvent the regulatory framework and warning that the company had not received its authorisation to operate in Jamaica using drivers and motor vehicles not licensed by or registered with the authority.

A company’s own internal processes to safeguard the public, its business model and service, robust though they may be, cannot substitute government’s regulatory oversight and responsibility to its citizens. Also, one could reasonably expect further chaos and claims of unfair competition should Uber be allowed to circumvent the regulatory framework governing the industry within which it operates, gaining what may be considered yet another unfair advantage.

So let’s return to my initial question: How should this market disruption play out to ensure the best service and not ‘dis’ service to Jamaica and its citizens? From my perspective, there can only be one answer, which is to ensure fair competition and modernise and strengthen regulatory oversight. Emphasis on ‘fair’.

Fair competition is not only healthy, but necessary and highly desirable in order to promote innovation, efficiency, productivity, lower prices, greater value for the consumer and much-needed choices.

Fair competition should also ensure continuity, prevent complacency, improve customer service and the overall customer experience, among many other benefits.

Profit repatriation notwithstanding, once Uber competes fairly, their market entry and competition may be welcomed and encouraged in supporting the development of a world-class public-transportation system that benefits Jamaicans and Jamaica in the short, medium and long term.

- Yaneek Page is the programme lead for Market Entry USA, a certified trainer in entrepreneurship, and creator and executive producer of ‘The Innovators’ and ‘Let’s Make Peace’ TV series.yaneek.page@gmail.com