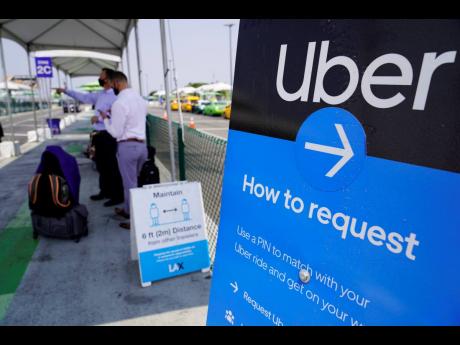 Yaneek Page wrote an excellent article on June 20 about the ‘disruptive’ American technology company Uber and its entry into the local transport sector. Disruptive in this context means that Uber is “using technology to bring about radical change in an existing industry or market through being innovative”. The company, wrote Mrs Page, burned “a trail of excitement about lower fares and controversy around fair competition and respect for and adherence to regulations”. The Jamaican insurance industry, in my opinion, is overdue for large doses of disruption and innovation, particularly in the way that claims are being handled.

On the other hand, some might say: ‘If the financial results of insurers for 2020 recorded growth compared to 2019 despite what one newspaper called the “COVID-19 setback,” then why change the status quo?’ Significantly, when discussing the industry’s performance last year, the new Insurance Association of Jamaica president, Dr Adrian Stokes, offered no information about how the industry and its members plan to improve the quality of service offered to customers.

The “titanic question” posed by Mrs Page in her article had nothing to do with the theatrics associated with Uber’s market entry. Instead, it was: how should this market disruption play out to ensure the best service and not ‘dis’ service to Jamaica and its citizens?

The response of some insurers, as represented by their lobby group, was predictable. Their primary concern was their economic interests. Potential consumer benefits were ignored. The Insurance Association of Jamaica (IAJ) warned vehicle owners and operators that “they could compromise their (insurance) coverage if they fail to disclose the (Uber) arrangement to their insurers.” The association’s comment was made about a company that uses the same business model in about 70 countries.

In an article dated January 20, 2017, headlined ‘When Uber Comes to Jamaica, what will happen?’ I wrote: “Uber has no immediate plans to start operations in Jamaica. The Dominican Republic and Trinidad are currently the only two Caribbean countries in its network. I guess that after Uber has tested the waters in Trinidad and the authorities there have developed a policy concerning its business model, market entry into Jamaica will follow.”

Here are other excerpts from that article: “Three months after announcing plans to start operations in Trinidad, Uber began to provide service. Government officials there are now scrambling to find out whether the company can legally operate there. What is likely to happen when Uber comes a-calling? Will the response of officials here be like those of their counterparts in Trinidad? How this will turn out, in the end, is anyone’s guess. If the disruption that was caused by the introduction of cell-phone technology in Jamaica was anything to go by, the writing is on the wall.”

Judana Murphy, the person who wrote two articles for the Gleaner on June 18; IAJ Executive Director Orville Johnson; National Consumer League spokesman Trevor Lawrence; and the representative for the regulator, the Transport Authority appear not to have done enough homework before offering comments about the risks and insurance aspects of Uber’s operations. Had they, for example, read my article, Insurance Helpline: When Uber comes to Jamaica, what’s likely to happen?’ they would have understood what happened in CARICOM neighbour Trinidad. They would have had insights into the coverage that Guardian General Insurance Jamaica provides to Uber’s local operations, notwithstanding the former’s reluctance to provide details. I suspect that Guardian General Trinidad provided similar coverage for Uber in Trinidad. Instead, the persons named above ended up scrambling around.

Luddite is a term that is used to describe people who dislike new technology. The word originated in an early 19th-century labour movement that railed against the ways that mechanised manufacturers and their unskilled labourers undermined the skilled craftsmen of the day. It is hoped that two centuries later, some local insurers have not joined the Luddite movement based on their official reactions to Uber’s entry into the transport sector. Rather, they will see opportunities to use technology to enhance customer experiences and to drive innovation.