Digicel Ja to pump $30b into digital deployment 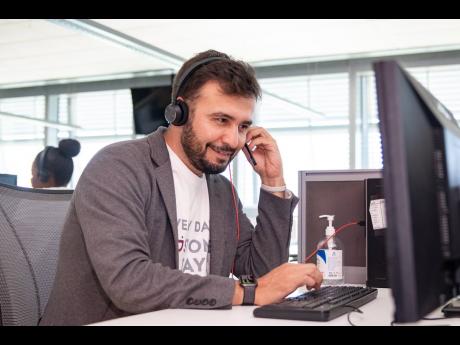 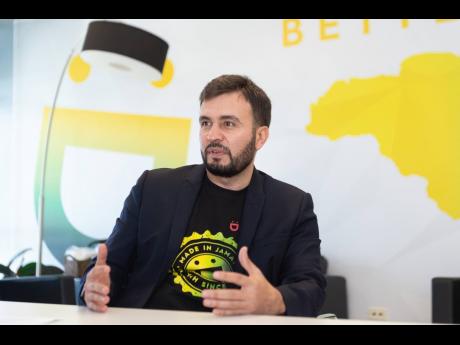 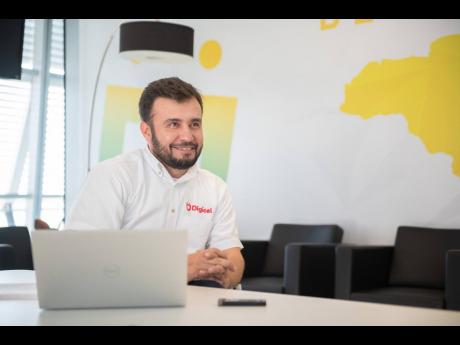 Declaring that Digicel is back, CEO of the telecom’s Jamaica operations, Jabbor Kayumov, says the company will be investing US$200 million, or nearly $31 billion, to accelerate the build-out of infrastructure and deployment of new technology over...

Declaring that Digicel is back, CEO of the telecom’s Jamaica operations, Jabbor Kayumov, says the company will be investing US$200 million, or nearly $31 billion, to accelerate the build-out of infrastructure and deployment of new technology over the next three years in Jamaica, the market where the global firm started operations 20 years ago.

Kayumov is also pushing back at criticism that the firm took its eyes off a sustained build-out of the Jamaican market over the period in order to rapidly expand its global footprint with operations in some 32 markets throughout the Caribbean, parts of South and Central America as well the Asia Pacific region.

Kayumov, who hails from Tajikistan in the Russian Federation and was tapped to run the Jamaican operation in January, is pointing to what Digicel has summed up as US$1 billion ($150 billion) of investment in the Jamaican market over the 20 years as proof of sustained attention and commitment to its home market. The new capital spend, he told the Financial Gleaner in an interview this week, has a timeline of five to 10 years for recouping the investment.

The new investment, which Digicel Jamaica will announce publicly today, Friday, is the latest salvo in an ongoing telecoms marketing battle between the main two firms in the local industry, with rival Flow declaring that it is now engaged in spending billions of dollars to deploy high-speed fibre optic technology to deliver faster Internet service to customers in cities and towns across Jamaica. In 2015, Digicel began installing fibre to homes and offices bringing fast Internet speeds and superior viewing quality integrated cable television service to customers through DigiPlay, but the service is still limited to Kingston, St Andrew and St Catherine.

Kayumov says the company aims to bring fibre-to-the-home services to 90 per cent of the market from the current 20 per cent, and to increase fixed broadband services from the estimated penetration of 30 per cent to 50 per cent over the next three years. A kind of ‘air-fibre’ solution is being deployed over geographical areas where the terrain makes cabled fibre-to-home impossible. This included, he said, 300 new high-speed Internet TDD LTE sites to respond to increased demand, during the pandemic. TDD LTE, which is alternatively referred to as LTE-TDD or Long-Term Evolution Time-Division Duplex, is 4G technology developed by a international coalition of telecoms, including but not confined to China Mobile, Huawei, Nokia Solutions and Networks, Qualcomm, Samsung, and ST-Ericsson. It’s said to be compatible with WiMAX technology.

Kayumov was less definitive about the source of the cash being promised for the Jamaica build-out, saying the money would come from “Digicel funds”. Pressed, he conceded that Digicel Jamaica did not now have all the financing in place and said that the source would be Digicel Group. He also stopped short of saying whether the cash was in hand at the group level or would necessitate new rounds of borrowing by the already heavily indebted global operation.

“It might be mixed. This business is about returns which are always reinvested back into the business,” Kayumov said.

Digicel has debt running into billions of US dollar and last year put up its global headquarters on the Kingston waterfront as collateral for portions of that borrowing. The company is reported to be in talks with Australian corporation Telstra for the sale of its Pacific operations in a deal that is said to involve the Australian government. The bid price reported to have been put forward by Telstra is US$2 billion.

Kayumov declined to comment on the talks, saying that with his responsibility being the Jamaica operation, he had no knowledge of the matter beyond media reports.

While Digicel’s earnings and profitability globally have been negatively affected by the pandemic, Kayumov says the Jamaican operation has grown in the period. Challenged by depreciation of the Jamaican dollar, which Kayumov says is one of the company’s biggest headwinds, the company is said be looking at new ways of earning more hard currency to diversify its revenue and stem foreign exchange losses accompanying what he says are growing Jamaican dollar revenues. He declined to give specifics of the new US dollar revenue streams.

Having launched in the early stages of liberalisation and competition in the Jamaican telecoms market in 2001, Digicel says it wants to build a ‘digital hub’ in Jamaica, leveraging what Kayumov is touting as the company’s superior 4G or fourth generation LTE technology, along with 5G technology that Digicel plans to deploy selectively, based on customer demand.

Digicel Jamaica is leveraging the available technology to grow beyond a core telecoms company to being a digital provider delivering digital solutions to companies and the Jamaican government. Kayumov says the company is positioning for a range of digital projects valued at millions in hard currency that the government plans to bring on stream.

“We believe that Jamaica is at the heart of the Caribbean and deserves to be the hub of digital transformation in the region,” Kayumov said.

Its US$200 million capex plan will bring tangible benefits, Digicel said, from fibre build-out to all major cities and towns across Jamaica; expansion of its north-south fibre backbone, which is also supporting the Government’s national broadband network; and doubling of its satellite sites to bring affordable home Internet to rural communities. More cash is also to be pumped into broadcasting, including its sports TV channel SportsMax.

“In a further move to put Jamaica on the map as a digital entertainment and content creation powerhouse for the Caribbean, Digicel will build a state-of-art broadcast facility in Kingston. Housing a multipurpose studio plus two ancillary studio sets and a studio control gallery, the new facility will be fully operational in early 2022 and will set a new standard in broadcasting and content creation in the region,” the company said in a statement.

Kayumov said no new broadcasting partnerships or acquisitions were being considered by Digicel Jamaica, but that he could not comment on plans at the group level.