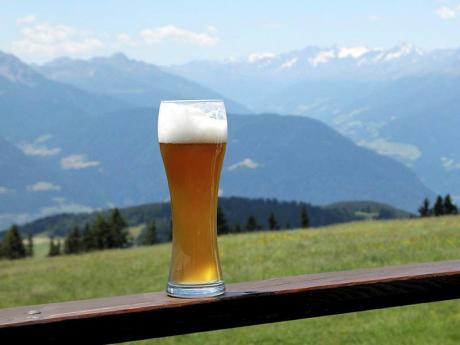 Two craft beer makers are in different stages of rolling out operations, including one led by a former head of Red Stripe Jamaica, the Financial Gleaner understands. But little is known of the two microbreweries, which are separately owned and...

Two craft beer makers are in different stages of rolling out operations, including one led by a former head of Red Stripe Jamaica, the Financial Gleaner understands.

But little is known of the two microbreweries, which are separately owned and entering a market dominated by Red Stripe. One is called Montego Bay Brewing Company Limited, which two sources say is linked to Cedric Blair. The other is Craft Beer Company of Jamaica Limited, maker of the ‘Troubles Brewing’ brand, which was incorporated in August 2020.

Montego Bay Brewing, which was incorporated in September 2019 with Blair as the sole director, is held through an offshore company called 5C Equity Holdings Limited.

“I have no word on it other than its Cedric Blair,” said a source within the beer market. Another source, a food proprietor on Constant Spring Road in Kingston, said Blair intends to set up a brewery close by.

Blair was the managing director of Red Stripe Jamaica from 2012 to 2015, and then was appointed head of the Latin America region within the Diageo Group, which was then majority owner of the Jamaica brewery but later sold out to minority partner Heineken International.

Efforts to reach Blair were unsuccessful as his phone rang without answer.

Montego Bay Brewing plans to set up a brewery on Constant Spring Road in the vicinity of the golf course, according to information posted by online by planning authority National Environment & Planning Agency.

Craft beers are made in small quantities and evoke local flavours, especially citrus. The beers are not usually distributed in supermarkets or the liquor trade but at trendy eateries and lounges and are typically more expensive than mass-produced beer.

The Troubles Brewing brand, which comes in five flavours, is currently being distributed at lounges and eateries in Kingston frequented by corporate executives, creative entrepreneurs, and travellers, and sells for double the price of standard retail beers.

Its producer, Craft Beer Company of Jamaica, lists Christian Sale as shareholder and director and Natalie Gomes as a director.

Sale confirmed to the Financial Gleaner that his brewery was in operation, but no financial details or information on the scope of the business was disclosed.

Regarding the appeal of craft beer, he indicated that some of it related to the diversity in taste.

“You don’t go to a party and listen to the same song all night,” he said, noting that Troubles is produced using Caribbean local food and fruit.

Jamaica’s beer market is dominated by Red Stripe and the brands it distributes, with only for other foreign brands.

Before Troubles and Montego Bay brewing, another beer producer, the maker of Real Rock, tried to carve out market share, but the venture failed to break through and eventually shut down.