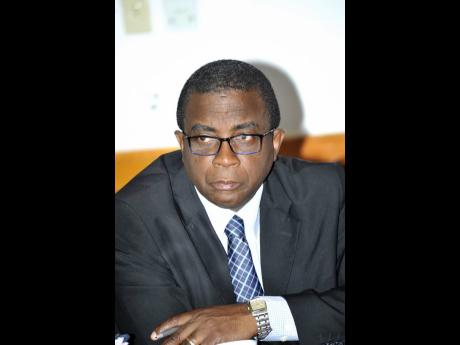 Tax Administration Jamaica, TAJ, has listed at least 10 business services that it intends to make paperless before the end of the fiscal year in April 2022, as it aims to have 90 per cent of all tax payment transactions online. The move also comes as revenue collection, like other businesses, has been hit by several weeks of government restriction of movement on so-called ‘no movement’ days on weekdays.

On Friday, September 17, the state revenue collection agency launched what is said was an enhanced general consumption tax (GCT) service, which removes the need for customers to pick up certificates in office. It comes after improvements which the TAJ said it made to the Tax Compliance Certificate, TCC, application and collection process during the ongoing COVID-19 pandemic.

TAJ is reporting that efficiencies created around the new TCC process have been well received by the business community, particularly small businesses and self-employed persons. The state agency is awaiting feedback on the streamlined process for GCT certificates, but in the interim, it is looking to make business easier for the wider public with the roll-out of online registration services for motor vehicle registration and police records by year-end.

The move into online services for motor vehicle registration will allow for application forms to be completed online, online payments to be made, and for the document to be delivered by a courier or collected at TAJ offices islandwide. Likewise, individuals applying for police records will soon be able to pay for the service via a mobile app and print receipts in the first instance.

“These are some of the things that we trying to do to get to that target of 90 per cent of transactions online,” TAJ Commissioner General Ainsley Powell said, while providing an update on TAJ projects during a taxation webinar on Thursday, September 16.

Between April and August 2021, the transactions that accounted for the most TAJ online activity were statutory deductions such as GCT, corporate and individual income tax, as well as HEART/NSTA Trust, National Housing Trust and National Insurance Scheme contributions. In-branch payments were mostly conducted for stamp duty, transfer tax, general driver’s licences and traffic tickets, the agency reported.

For the month of August, TAJ collected $21.5 million in taxes, an amount that fell four per cent below the take in August last year. Powell blamed the tax income falloff on restrictions from the government-declared COVID-19 ‘no-movement’ days.

TAJ’s migration to more online services began before COVID-19 social protocols forced both private and state-owned entities to get tech-savvy for business continuity, but has been accelerated since the pandemic.