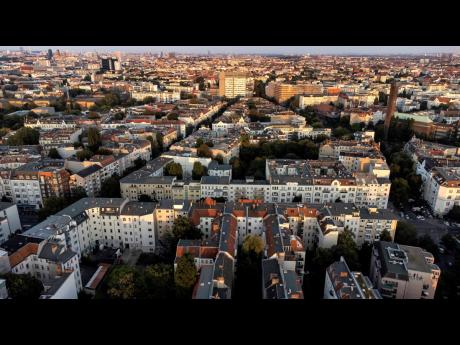 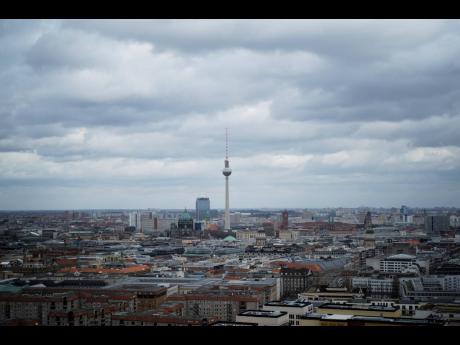 The Associated Press
In this Friday, March 13, 2020 file photo, the television tower stands under clouds in Germany’s capital, Berlin. Voters in Berlin backed a non-binding, controversial proposal for the Berlin regional government to take over about 240,000 apartments, worth billions, from corporate owners to curb sharply rising rents in the German capital. AP 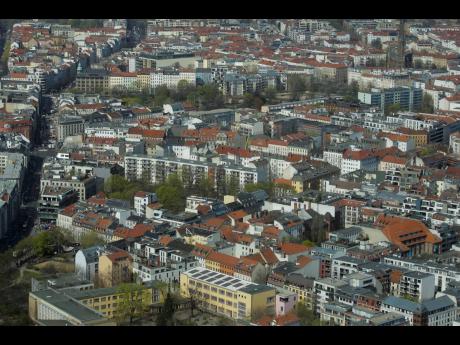 The Associated Press
In this Thursday, April 4, 2019 file photo, apartment buildings are shown in the district Mitte, photographed from the television tower in Berlin, Germany. Voters in Berlin backed a non-binding, controversial proposal for the Berlin regional government to take over about 240,000 apartments, worth billions, from corporate owners to curb sharply rising rents in the German capital. AP
1
2
3

Voters in Germany’s capital, Berlin, backed a controversial proposal for the Berlin city government to take over about 240,000 apartments worth billions from corporate owners to curb sharply rising rents in the city.

The count of Sunday’s referendum showed that 56.4 per cent of voters were in favour of the expropriation measure, while 39 per cent were opposed, German news agency DPA reported on Monday.

The non-binding referendum forces the Berlin city government to consider expropriating big, corporate landlords in a radical move to cool one of Germany’s hottest real estate markets, where rents have become unaffordable for many residents in recent years.

The proposal would affect about 15 per cent of rented apartments in Berlin.

The representatives of the initiative, known as Expropriate Deutsche Wohnen & Co, which has lobbied for the measure since 2019, welcomed the result on Monday and said they would put pressure on the coalition talks for Berlin’s government to implement the measure.

“We will neither accept delaying strategies nor other attempts to stop the proposal,” Kalle Kunkel from the initiative told German news agency DPA. “We will not let go until the public ownership of the housing coporations has been implemented.”

Whether the referendum will be implemented will be up to the Berlin government which was elected on Sunday.

The results of the Berlin vote showed that the centre-left Social Democrats defended their hold on the mayoral post, but it was not immediately clear with which other parties they would form a coalition government to run the country. While the more left-leaning parties have expressed support for the measure, the conservative parties reject it. The Social Democrats’ candidate for mayor, Franziska Giffey, has been critical of the referendum.

Rising rents have been a hot-button issue for years in Berlin, where tenants long enjoyed low rents, compared with many other capital cities.

The controversial fight over affordable housing pits two philosophies against one another: free-market companies that see real estate as a means to profit, and housing activists who see low rents not only as a necessity, but as central to the German capital’s character.

Critics of the referendum have also pointed out that the expropriation of some 240,00 apartments will cost the Berlin government billions of euros which will be unavailable for other areas where the city needs to invest, such as schools or infrastructure.

In a separate move earlier this month, the city government announced it was buying some 14,750 apartments from two large corporate landlords for €2.46 billion (US$2.87 billion) to expand the supply of publicly owned accommodation.