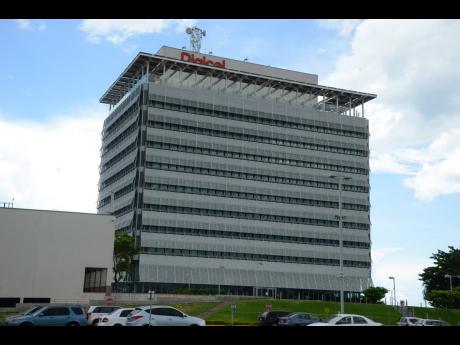 Triggered by the rising Caribbean demand for broadband due to oil rig investments and new 5G phone capacities, telecoms Digicel and Orange have announce a partnership to lay a new fibre-optic ring by 2024.

The cable, called Deep Blue One, would run 2,000 kilometres, with the partnership being responsible for the portion that will run from Trinidad & Tobago to French Guiana, encompassing 80 per cent of the length. The total ring will have five landings that loop back to existing fibre networks.

“Deep Blue One is wholly owned by Digicel; it’s our first subsea fibre build. We are partnering with Orange on the French Guiana to Trinidad leg of it,” said Digicel head of communications Antonia Graham in response to Financial Gleaner queries. “[We are] not disclosing the dollar investment number, but it can be described as substantial,” she said.

Digicel will develop and oversee the project, and Orange will lay the cable and operate the landing for Digicel. When completed, both companies would benefit from increased capacity which will allow speeds of 12Tbps, or terabits per second. Such speeds, in theory, would allow the cable to download over 2,000 full-length movies in one second. Usually, it takes a minute to download a movie for average customers with fast internet.

“Orange will act as the landing party in Cayenne for the French Guiana branch and will operate the cable landing station on behalf of Digicel, while its subsidiary, Orange Marine, will be in charge of laying the cable,” she stated.

Deep Blue One will complement Digicel’s existing southern Caribbean fibre network, which has approximately 3,000km of submarine cable connecting 20 islands in the Eastern Caribbean, running from Trinidad & Tobago up to Puerto Rico, with onward connectivity to Miami and New York. It will also complement Orange’s existing fully owned 1,746km-long ‘Kanawa’ cable, which was commissioned early 2019, as well as Orange’s other existing networks in Latin America.

“With subsea fibre providing the backbone of the global economy and serving as a catalyst to economic development, our substantial investment in submarine capacity underpins our confidence in the development of the region. A great example of this is the connectivity options we will be able to provide, both onshore and offshore, to the oil and gas industries in countries like Guyana and Suriname as they capitalise on the boom in the region, ” said Digicel CEO Oliver Coughlan in a joint press release announcing the Orange partnership.

The new Deep Blue One should begin laying on the ocean floor in mid-2023 and finish early in 2024.

Orange also explained that the cable will facilitate connectivity to the many offshore oil and gas rigs in the region, particularly with the new oil discovery in Guyana. It will offer anywhere from two to eight fibre pairs in each segment, offering a minimum of 12Tbps capacity per fibre pair, stated the release from Orange.

“This new system offers a secure and adaptive solution in the region to respond to increasing broadband customer requirements, as French Guiana is undergoing deep digital transformation linked to exponential growth of data usage, fibre to the home, 4G+, and soon 5G,” said Orange, while noting that the cable would support demand for the next 25 years.