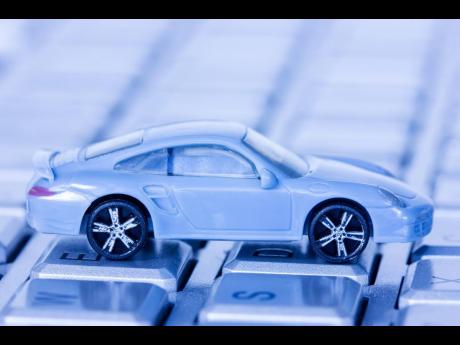 The Indian Supreme Court “rejected a request from insurance companies for more time to develop a mobile application for use nationwide by victims of road accidents, police, motor accident claims tribunals and insurance companies for the speedy settlement of compensation claims,” says a November 23 Asia Insurance Review news report.

What a great idea and activist court. Can we in Jamaica learn something from this ruling?

The settlement process for the simplest motor claim takes too long. Also, industry insiders allege that some companies deliberately stretch out the process, even in this fast-moving digital age. There is nothing that suggests an industry-level solution is imminent.

Jamaica’s Supreme Court is unlikely to be as radical as its Indian counterpart. Further, insurers will not take seriously any idea promoted by me. They have ignored the regulator’s market conduct guidelines. Should this idea be buried in the May Pen Cemetery or, should it be investigated?

Alternatively, should claimants have to wait until the market finds its own solution? I have decided to use this medium to publicly gift the idea from the Indian sub-continent to the regulatory folks in the insurance division of the Financial Services Commission, FSC. Think of it as a 20th-anniversary present.

I hope that someone from that entity will read this article, understand the context for the gift, recognise the potential benefits, and, most importantly, investigate it in co-operation with insurers, and the police, and if it is feasible, start the implementation. The electronic filing and tracking of motor vehicle claims could become the norm in 2022, in the same way that virtual meetings are now commonplace.

The utility of the Indian idea sharpened when I read Tax Administration Jamaica’s November 29 notice regarding online motor vehicle registration. Phase one is about the issuing of registration certificates online. At the time of writing, I am still awaiting confirmation from TAJ that the information I received in a WhatsApp message is accurate.

TAJ said that in collaboration with the Insurance Association of Jamaica, IAJ, and eGov Jamaica Limited, it has integrated an Automated Motor Vehicle System with IAJ’s Insurance Vehicle Information System, IVIS, to make the renewal of motor vehicle registration certificates online a reality. Owners of private motor vehicles can pay their registration fees online at their convenience from the privacy of their homes, or on the go with their mobile phones, without the hassle of visiting the tax offices as they have done for years. Licence discs and registration certificates can be collected within one to three business days.

The rationale for the proposed measures is persuasive:

• Parliament passed the Electronic Transactions Act in April 2007. One aim of the law, according to Section 3(f), is to “facilitate electronic filing of information with Government agencies and statutory bodies and to promote efficient delivery of Government services by means of reliable electronic documents”. Although private sector companies like insurance companies are not named in the law, there is nothing that excludes them from its provisions. Electronic banking is now a reality, electronic statements are being issued and the central bank will soon be issuing digital currency.

• Motor insurers have collaborated to create a database of motor vehicle accidents that is used by each company.

• The existing paper-based system of filling motor claims is inefficient. It requires a policyholder to obtain a blank form, complete it, and then submit it to the insurance company. This leads to delays and situations where an insurer can say that they are still awaiting a report or, the motorist ‘forgets’ to file details. There is no mechanism for pedestrians and cyclists who are injured in collisions to file reports with insurers. A meticulously designed mobile application can be completed and filed from the scene of the accident with accompanying photographs.

• The local mobile phone penetration rate is 90 per cent. Phones now come with sophisticated cameras. The distribution of smartphones that have the resources to employ the app is, therefore, likely to be lower than that for mobile phones and could create problems, especially with the submission of high-quality photographs.

• The new digital claim form would be consistent with the increasing levels of digitalisation that is now taking place in all parts of Jamaican society – including the insurance industry.

• US courts recently accepted cellphone videos taken by amateurs as evidence in two high-profile murder trials. A local court presided over by the Chief Justice on November 25 accepted as evidence secretly made cellphone recordings during the ongoing Clansman Gang trial. There are, therefore, no reasons to believe that properly taken photographs at the scene of accidents cannot be used, along with other evidence, to determine liability and/or used in courts as evidence and/or prove that the claim event occurred.

• The data-collection phase of the motor claims process is characterised by duplication of information between different stakeholders, namely insurers, the police, investigators plus investments in time to complete different forms. A well-designed form that meets the need of all stakeholders has the potential to eliminate duplication and improve data-gathering activities.

• The migration from the filing of information in a paper-based format is likely to lead to time and cost savings to policyholders, the police authorities, and insurers. It could potentially reduce the administrative burdens of the traffic police.

• Implementation of the idea could reduce the time it currently takes to settle motor claims and prove to be more economical.

• The existing Road Traffic Act will be replaced by new legislation that will create new categories of road traffic offences and make the old form motor accident report obsolete. Revision of the existing form will soon become necessary.

• Implementation of a new form coupled with digital and electronic filing of information, with future enhancement to facilitate tracking of the claim, will help to reduce the trust deficit in the insurance industry. Insurers are perceived to delay the settlement of claims.

• And, the Indian Supreme Court mandated that insurers implement the new app in two months. Insurers did not challenge that deadline. One can therefore infer that the design, testing, and implementation of the application should not be complex or as costly as IVIS and could be operational in 90 days.

My detractors in the industry say that I am always criticising insurers unfairly. This article is not a mea culpa or appeasement. It offers a solution to an ongoing problem that I have written about for years. Serious investigation of the feasibility of the mobile app, led by the FSC in cooperation with all motor insurers, could lead to benefits for all parties.

The central bank’s Automated Clearing House facility moves millions of dollars electronically in the banking system daily. Are there any cogent reasons the folks at the FSC and the IAJ cannot work together to solve a problem that has long bedevilled the motor insurance industry and scarred its reputation?

Finally, and for what it is worth, I would be willing to donate a few man-hours to get the project going.