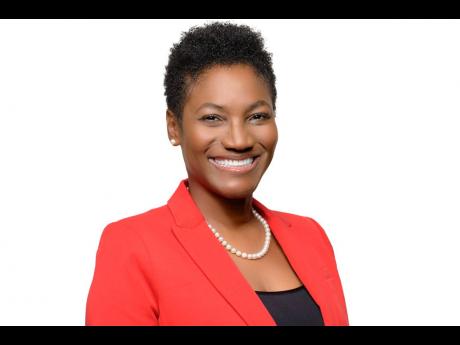 Scotiabank Jamaica has set aside $3 billion as loan financing for women entrepreneurs in a refreshed plan to address what the bank says is the under-representation of women in the business world.

The lending programme – dubbed Scotiabank’s Women Initiative – is the first to be launched in the Caribbean, following the programme launch in Canada in 2018, the home country of the Jamaican bank’s parent company.

Scotiabank will bundle loans to female operators of small and medium-sized businesses, SMEs, with training, advisory services and mentorship. Education and advisory services, if deemed necessary, will be provided free of cost to specific loan recipients.

Loans issued to female entrepreneurs under the programme carry an introductory interest rate of 7.0 per cent annually, for three years.

Each applicant can qualify for loans of up to $100 million at the kick-off of the programme, while the education and advisory components will be offered later in 2022.

Applicants must be either sole traders, partnerships, incorporated companies, corporations or co-operatives; the female owner must have no less than 20 per cent shareholding in the business; and the business should have been in operation for a minimum of three years, with good credit history.

Under the programme, an SME is defined as having less than 500 employees and annual turnover of up to US$ 4 million.

It’s not the first time that Scotiabank has come to market with a lending facility directly targeted at financing women’s businesses, but the loan pool far exceeds what the bank has offered in the past and targets a wider network of women.

In 2012, Scotia partnered with the Inter-American Development Bank loans to members of the Women Business Owners Limited for a selected period at a rate of 9.95 per cent. That pool of funds was just $300 million.

Since then, the 132-year-old bank has launched numerous lending facilities targeted at the MSME sector, where female-operated businesses proliferate, including a $3 billion fund from which it issued loans to small businesses at a special rate of 9.99 per cent in 2019.

Scotiabank and its commercial banking rivals have increasingly been wading into the small-business segment to drive growth in their loan books. The initiatives continue in the COVID era, which has served either to compress loan portfolios or slow down growth.

Scotia Group Jamaica, operator of Scotiabank Jamaica, for example, ended its 2021 financial year with a decline in interest income, down from $27.2 billion to a preliminary estimate of $24.5 billion, which ultimately led to a $600-million shrinkage of its bottom line to $8.4 billion. The size of the No.2 banking group’s loan portfolio also dipped from $220 billion to $208 billion.

The outbreak of COVID-19 has shone light on the depth of challenges faced by women, Scotia Group President & CEO Audrey Tugwell-Henry said, but it has also presented lending opportunities for the bank.

“The pandemic continues to have a disproportionate impact on women. It has highlighted the inequalities for women who tend to earn less, have a lower amount of savings, and are highly represented within the informal sectors, and those sectors are the ones most hard hit by the pandemic,” Tugwell-Henry said during the launch of the initiative on Friday.

“Today, we are taking steps to address critical statistics that will help to correct the underrepresentation of women where it matters most. We believe that in this environment it is timely for us as a leading financial institution within the region to respond in a powerful way,” she added.

The Latin American and Caribbean region has the second-highest level of bankruptcies among female-owned businesses, according to data provided by Scotiabank. Additionally, two-thirds of start-up businesses in Jamaica were found to have failed within the first five years, while others struggle to reach the five-year mark.

“While all entrepreneurs face challenges in starting their business, women have been found to have additional obstacles to overcome. One of the key issues that has been identified as the reason for failure is the lack of adequate funding,” said Tugwell-Henry. “In Jamaica, only 17 per cent of female entrepreneurs are in the formal economy,” she said.

To date, the Scotia Women Initiative has provided loans to over 5,000 women entrepreneurs in Canada.