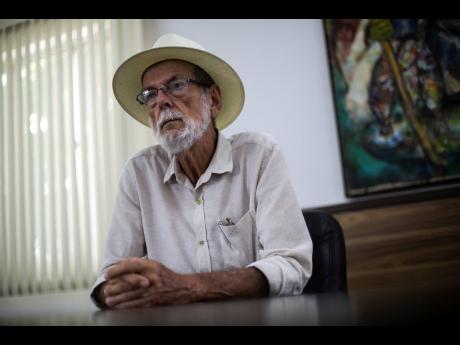 AP
Mayor Jose Bonifacio listens during an interview in his City Hall office of Cabo Frio, Brazil, on December 15, 2021. 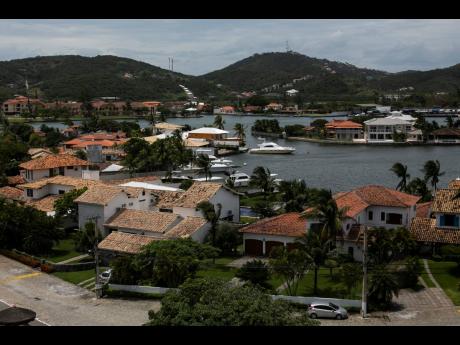 AP
A view of the luxury condominium where former waiter-turned-multimillionaire Glaidson Acacio dos Santos had a home in Cabo Frio, Brazil. 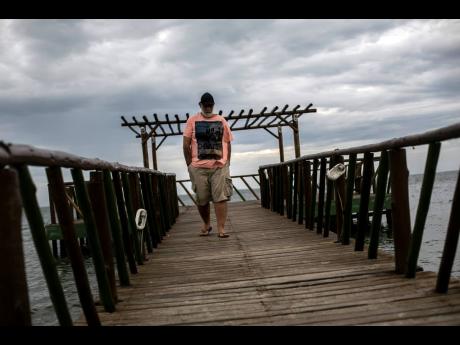 AP
Gilson Silva do Carmo, an alleged victim of the G.A.S Consulting & Technology, a cryptocurrency investment firm, walks off after an interview in Iguaba Grande, Brazil, on December 15, 2021. 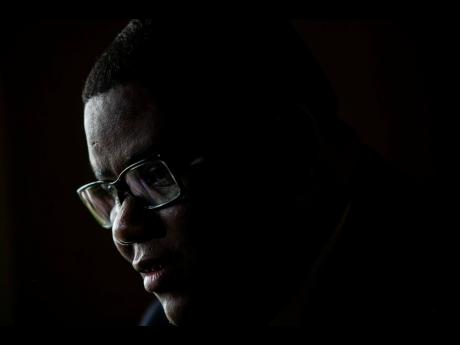 In April, Brazil’s federal police stormed the helipad of a seaside hotel in Rio de Janeiro state, where they busted two men and a woman loading a chopper with 7 million reais (US$1.3 million) in neatly packed bills.

The detainees told police they worked for G.A.S Consulting & Technology, a cryptocurrency investment firm founded by a former waiter-turned-multimillionaire who is the central figure in what is alleged to be one of Brazil’s biggest-ever pyramid schemes.

Police say the company owned by 38-year-old Glaidson Acácio dos Santos had total transactions worth at least US$7 billion (US$38 billion reais) from 2015 through mid-2021 as part of a bitcoin-based Ponzi scheme that promised investors 10 per cent monthly returns.

In hundreds of pages of documents obtained by The Associated Press, federal and state police and prosecutors accuse dos Santos of running a sophisticated racket defrauding thousands of small-scale investors who believed they were getting rich off bitcoin’s steep appreciation. He is now in a Rio jail awaiting trial on charges including racketeering, financial crimes and ordering the murder and attempted murder of two business competitors. He remains under investigation in the attempted murder of a third competitor.

Dos Santos has repeatedly asserted his innocence. His lawyers didn’t reply to AP requests for comment.

Despite the charges, dos Santos represents an unlikely hero to supporters. Many view him as a modest Black man whose unorthodox bitcoin business made them wealthy by gaming a financial system they believe is rigged by wealthy white elites.

The case also underscores the fast-growing appetite for cryptocurrencies in Brazil, where years of economic and political crises have made digital currencies an attractive shield against depreciation of the Brazilian real and double-digit inflation.

Bitcoin fervour was high in Cabo Frio, the resort town where G.A.S was based. As G.A.S revenues rose, enriching early adopters, copycat firms sprang up, seeking to cash in. A wave of cryptocurrency-related violence followed.

With so many alleged pyramid schemes, Cabo Frio came to be known as the ‘New Egypt’. And as the town’s top dog, dos Santos was dubbed the ‘Bitcoin Pharaoh’.

Police say dos Santos began trading in bitcoin in 2014 after leaving his job as a waiter. He enlisted clients from the Universal Church of the Kingdom of God, where he had once trained as a preacher, promising referral fees to those who brought in fresh recruits, authorities say.

In a statement, the Universal Church accused dos Santos of “harassing and recruiting” pastors and their flocks to join his company.

Prosecutors say the alleged scheme worked like this: Clients deposited their money into bank accounts run by managing partners. The money was then transferred to dos Santos or his Venezuelan wife, Mirelis Yoseline Diaz Zerpa, who would either pocket it, buy bitcoins and other cryptocurrencies as well as traditional financial assets, or pay off other members of the scheme.

Clients were promised a 10 per cent monthly return on their investments over 12 to 48-month contracts, but did not own the bitcoins they were told G.A.S bought with their money. And, they were assured, it was risk-free: They would get their entire initial investment back at the end of the contract.

“If he wanted to run for mayor, governor even, he’d win,” said Gilson Silva do Carmo, 52, one of dos Santos’ alleged victims.

The chubby young man in thick-rimmed glasses was also gaining a taste for the high life, buying expensive jewellery and a swanky apartment as contracts poured in from elsewhere in Latin America, the United States, Europe and the Gulf.

At the same time, Brazil’s securities regulator was making cryptocurrency more attractive: It authorised the country’s investment funds to invest in digital currencies in 2018, giving them greater credibility. Last year, Brazil approved bitcoin exchange-traded funds, only the second country in the world to do so.

In and around Cabo Frio, where residents saw neighbours reap rewards by investing their life savings in G.A.S, many began to fear missing out.

Do Carmo was among them.

After his therapist told him he sold his house to invest in G.A.S and had been receiving 10 per cent monthly returns for a year, do Carmo invested just over half his retirement fund.

In Cabo Frio, dos Santos’ success inspired others: Some competitors promised even higher returns – 20 per cent or more a month.

In mid-April, he discussed with associates how rivals were encroaching on his turf, according to WhatsApp messages intercepted by federal police.

Rio state police also linked two attempted killings to dos Santos. On March 20, a trader was shot while driving his BMW through Cabo Frio. Three months later another firm’s operator was targeted, his car hit by 40 bullets. Both survived.

Things came to a head on April 28 when Rio police seized the 7 million reais at the helipad of the Insolito Boutique Hotel outside Cabo Frio. A months-long investigation into dos Santos’ business followed.

On August 25, federal police raided more than a dozen locations linked to G.A.S, including dos Santos’ home where he was found with 13.8 million reais (US$2.5 million) and arrested. Agents also found hard drives containing 10 times that amount in bitcoin, gold bars, jewellery and several sports cars.

Sixteen associates were also charged, including Diaz Zerpa, dos Santos’ wife, who left the country weeks before the raid and is believed to be in Florida, according to authorities. They say she withdrew more than 4,300 bitcoins worth US$185 million (1 billion reais).

Do Carmo watched in horror; he had invested the rest of his savings in the company just weeks earlier.

“I thought, ‘My God, what have I done?’” he said. “You watch everything you fought for, your entire life wash away from one moment to the next.”

Prosecutors have identified at least 27,000 victims in at least 13 Brazilian states and seven other countries, including the US, United Arab Emirates, the United Kingdom and Portugal.

However, the true tally is likely much higher, said Luciano Regis, a lawyer representing dozens of victims.

“It’s hard to have a conversation with anyone in Cabo Frio who doesn’t know someone who invested,” he said.