Fed study on digital currency leans towards role for banks 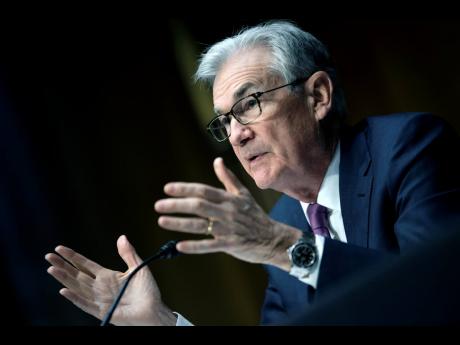 The United States Federal Reserve released a highly anticipated report on central bank digital currencies that suggested it is leaning towards having banks and other financial firms, rather than the Fed itself, manage digital accounts for customers.

A central bank digital currency would differ in some key ways from the online and digital payments that millions of Americans already conduct. Those transactions are funnelled through banks, which wouldn’t be necessary with a digital dollar.

The Fed’s paper stressed that no final decisions about a digital currency have been reached. But it suggested that a digital currency that “would best serve the needs” of the nation would follow an “intermediated model” under which banks or payment firms would create accounts, or digital wallets.

The Fed characterised the potential introduction of a digital currency as a step that could have far-reaching consequences for banks and other financial firms, as well as for the central bank itself.

“The introduction of a (central bank digital currency) would represent a highly significant innovation in American money,” the study said. The Fed said it “could fundamentally change the structure of the US financial system, altering the roles and responsibilities of the private sector and the central bank”.

The report comes at a time when digital money is proliferating in a variety of forms. Millions of people own cryptocurrencies, though they are often used more as investments than as forms of payment. But so-called stablecoins, which are often pegged to the dollar, have also soared in use in the past year, mostly for cryptocurrency transactions.

And most central banks around the world are studying government-backed digital currencies. China’s central bank has already tested a digital version of the yuan. The European Central Bank began exploring a digital euro in October and said its “investigation period” would last two years. Some Caribbean nations have already issued digital currencies.

China’s action and the explosion of stablecoins, which can be used in place of dollars in international transactions, have raised pressure on the Fed to consider a digital currency. Last March, Fed Chairman Jerome Powell said that while the Fed needed to keep pace with financial innovations, it would proceed cautiously.

“As the world’s principal reserve currency ... we have an obligation to be on the cutting edge of understanding the technological challenges,” Powell said then. “But ... we don’t need to rush this project. We don’t need to be first to market.”

The Fed is likely years away from actually issuing a digital currency, if it decides to do so. The paper released on Thursday kicks off a 120-day comment period, during which the Fed will seek input from the public. The Fed also said it would proceed only with support from Congress, “ideally in the form of a specific authorising law”.

And officials at the central bank aren’t all in agreement about whether a central bank digital currency is needed. Lael Brainard, who serves on the Fed’s Board of Governors and has been nominated by President Joe Biden to be vice-chair, has, for example, expressed support for the concept, while Christopher Waller, another board member, has been sceptical.

A digital dollar could bring a host of benefits as well as risks. It would be a safer form of digital payment, because the Fed, unlike a bank or the companies issuing stablecoins, can’t go bankrupt. It could be easier and less expensive to access for people without bank accounts.

At the same time, a digital currency could pose privacy risks because it would be issued by the government. The Fed’s paper suggests, though, that banks and other third-party firms would shield consumer data from the Fed, while also implementing existing rules against money-laundering and other illicit activity.

Such a government-issued digital dollar could also have major consequences for commercial banks, because many Americans might prefer to hold such currency in a ‘wallet’ issued by a payment provider like PayPal or Venmo, potentially cutting into bank deposits.

The Fed could even seek to influence the economy through a digital currency, as it now does by controlling interest rates. It could pay interest on a digital dollar, for example, or even have it decline in value, as a form of a negative interest rate. An interest payment could make a digital dollar more attractive than money in a bank.

“This substitution effect could reduce the aggregate amount of deposits in the banking system,” the Fed report said.

That hasn’t gone unnoticed by banks. The Bank Policy Institute, a lobby group, asserted in a blog post last June that the Fed doesn’t have legal authority to pay interest on a digital dollar.