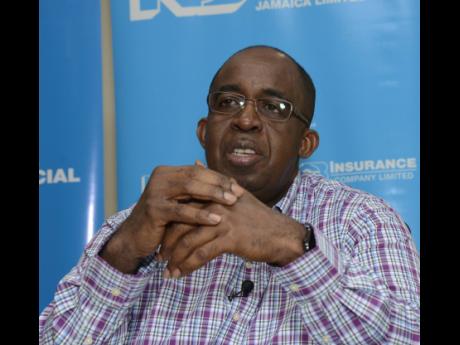 Amid pending changes at the top of the for Guardian Group’s management team, the insurance conglomerate is revising the back-office structure for two of its subsidiaries putting a Jamaican in charge of the streamlined operation.

Hosin’s portfolio will encapsulate Guardian Holdings’ English and Dutch-speaking markets. He is tasked with consolidating the back-office operations of Guardian Life of the Caribbean Limited and Guardian Life Limited.

Both Miller-Brown and President of Guardian Life of the Caribbean Anand Pascal will report to him. Hosin will report to the GHL Group CEO and operate from Jamaica and Trinidad & Tobago.

“This executive appointment is very much aligned to Guardian Group’s aspiration of continuous dynamic growth. With the introduction of this senior position, the life, health and pensions business throughout the region will continue to develop its strategic road map, anchored on a customer-centric approach, poised to offer our clients a best-in-class, seamless service, regardless of geography,” the company told the Financial Gleaner.

The revision to the management structure follows an announcement in March that Guardian Holdings CEO Ravi Tewari would be giving up the position by year end – by which time he would have done, or nearly completed, eight years as chief executive and given three decades of service to the group overall – but would remain on the board.

On Tuesday, Guardian Group Chairman Patrick Hylton said at an investor briefing for NCB Financial Group, which he heads as president and CEO, that Tewari’s departure was expected, but Maraj’s was a surprise. NCB Financial is the majority owner of Guardian Group.

“Mr Tewari had indicated that having spent some 30 years at Guardian, and well north of 20 years in senior management, he had personal aspirations that he wanted to pursue. We had a discussion, initially, last year, off the record, that he was giving some thought to it; and then earlier this year, he thought he had come to the point to hand in his resignation. He was gracious enough to make it effective at the end of the year,” Hylton said during an investor briefing on NCB Financial’s second-quarter financial results.

“So we have, essentially, the rest of the year to make transition plans for that particular role. He will continue to serve Guardian as a non-executive director, so he will not be entirely leaving the Guardian family,” he said.

Guardian Group is searching for a replacement for Tewari. The group CFO position, meanwhile, will be filled in the interim by the CFO of Guardian Life of the Caribbean Samanta Saugh, starting May 15, until a replacement is found for Maraj.

NCB Financial, Jamaica’s No. 1 banking group with assets of more than $2 trillion, made a profit of $7.8 billion in the March quarter, which was four times the $1.9 billion of earnings reported in the respective 2021 period.

Guardian Holdings, a top regional insurance group, made first-quarter profit of over TT$179 million (about $4.2 billion in Jamaican currency) for the January-March period, compared to TT$176 million in the 2021 year.

Approximately 500 persons will be affected by the functional consolidation of the Guardian subsidiaries’ back offices, but GHL has not said how many of those jobs, if any, will be lost. The two insurance businesses employ 1,800 persons overall.

It also noted that the there is no plan to merge the operations of the two subsidiaries, and that the primary goal of the consolidation was to create a structure that is customer-focused.

“At this time, there are no budgetary implications that will impact the way the group is accustomed to operating its business,” Guardian added.

Guardian Group operates in more than 20 markets, including the Eastern and Northern Caribbean, Trinidad & Tobago, Barbados, Jamaica and the Dutch Caribbean. The group includes the parent company, Guardian Holdings Limited; Guardian Asset Management in Trinidad and Tobago; Guardian Life of the Caribbean and Guardian General Insurance Limited in Trinidad and Barbados; Guardian Life Limited and Guardian General Insurance Jamaica Limited in Jamaica; Fatum Holdings NV and all of its subsidiaries in Curacao and Aruba and across the Dutch Caribbean.