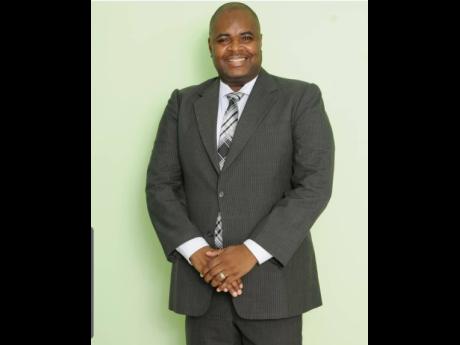 MFS Acquisition Limited, the newly formed company that’s taking over SSL Venture Capital Jamaica Limited, SSLVC, has placed an offer on the market for all the outstanding shares, but has made it clear it wants no more than a 79.08 per cent interest in the listed equity financing firm.

MFS Acquisition, which was created by the owners of Micro-Financing Solutions Limited in April, is offering $0.0948 per share to stockholders, valuing SSLVC at $37.9 million. It’s a sharp discount on SSLVC’s closing price of $1.70 on Tuesday, prior to the offer, when its market value was $680 million.

The offer being brokered by VM Wealth Management Limited is open for subscription from May 11 to 25.

The takeover bid circular, which was released on the Jamaica Stock Exchange on Tuesday, five months after SSL VC announced it had received a written purchase offer, notes that MFS Acquisition will spend just below $30 million on the acquisition of SSLVC. Within the five months, the stock price shot up from around 90 cents per share to a high of $2.29, before meandering back to its current level.

By keeping its stake below 80 per cent, MFS Acquisition will be able to keep SSLVC listed, which it has said it plans to do.

“The listed company will continue to be SSLVC. Of course, in time we will make a decision as to changing the name,” said MFS Acquisition director Dino Hinds. He and Tamar Webley are both listed as the shareholders of MFS Acquisition.

“Until the entire process is completed, I can’t speak too much in terms of our plans for SSLVC. But once completed, we will speak on what we are looking to do in the next 12 to 18 months,” Hinds told the Financial Gleaner.

SSLVC first came to the stock market in 2012 as a music publishing start-up called C2W Music Limited, but the business, whose model was untested in Jamaica, failed to gain traction. In 2018, Stocks and Securities, which had brokered C2W’s listing, took over the loss-making operation, revised its business model and relisted it as SSL Ventures. But the rebranded venture capital financing operation, which had taken a bet on three marketing start-ups in 2018, also failed to find its footing and exited the investments over time.

MFS is acquiring the shell that’s left of SSLVC, the venture capital company having sold its last holdings in data firm BlueDot earlier this year. At less than 10 cents per share, the price MFS Acquisition is offering is also six times lower than the 59 cents C2W Music traded at days before its reverse acquisition by SSLVC in 2018.

The stake targeted by MFS Acquisition is equivalent to the block of shares held by SSLVC’s current majority owner, Stocks and Securities Limited, through its Alpha account, at last disclosure for December 2021. Maintaining the cap on the amount of SSLVC shares to be acquired may therefore rest on the level of participation by Stocks and Securities in the deal.

The company has said if the take-up is above its threshold, it would dispose of the excess holdings.

“Note that if less than 100 voting shareholders remain after all acceptances are processed, or if acceptances exceed more than 79.08 per cent of the share capital, the offeror will immediately sell off enough shares to enough persons to ensure that there will be more than 100 shareholders holding not less than 20 per cent of the outstanding shares,” the bid circular noted.

Incorporated on April 26, 2022, MFS Acquisition was formed by the shareholders of Micro-Finance Solutions Limited for the purpose of acquiring SSLVC. Micro-Finance itself is in the business of cambio operation, remittance services, bill payment and distribution of a products to micro and small companies.

MFS Acquisition currently holds no assets. Its board comprises Tamar Webley, Dino Hinds and Robert Barnes, all of whom also sit on the board of Micro-Finance Solutions. Webley CEO for MFS Acquisition.

SSLVC’s board will mirror that of the two companies within 30 days after acquisition, MFS Acquisition said in the circular.

The offer document also made reference to Micro-Finance Solution’s 28 per cent stake in Capital Solutions Limited and the right to purchase up to 75 per cent of its share capital within the next five years, but Hinds told the Financial Gleaner that those holdings will have no bearing on SSLVC’s business.

“There is no relationship between SSLVC and Capital Solutions. It was just important to state that Micro-Finance Solution has interest in another company,” Hinds said.