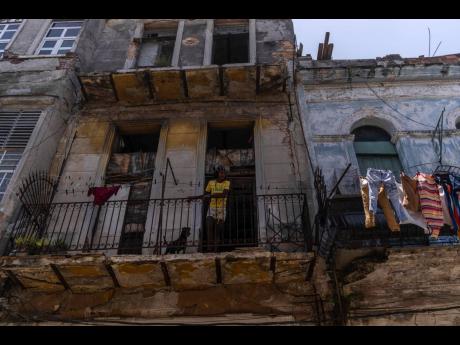 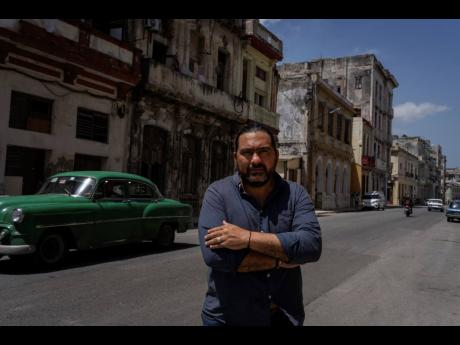 AP
Architect Orlando Inclan poses for a photo on a street in Havana, Cuba, Monday, June 13, 2022. 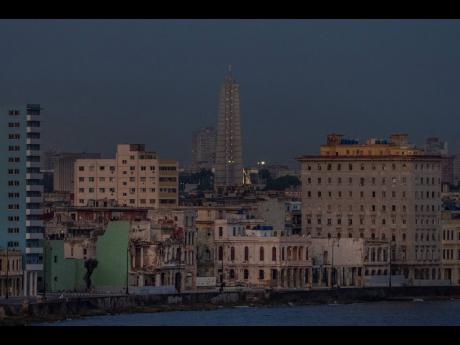 Olga Lidia Lahera lives with her daughter and two granddaughters in a tiny 15-square-meter (160-square-foot) apartment with peeling plaster walls that has barely enough room for a shelf with pots and a rickety sofa bed. A cloth curtain separates the space they use to wash up. There is no bathroom.

A bit farther down Gloria Street in the Talla Piedra neighbourhood of Old Havana, Anet Ayala and her brother Wilmedis live on the second floor of an old building with cracks in the walls and ceilings so big that air, light, and even water can pass through.

The first storm of the 2022 hurricane season, which hit Cuba in mid-June, collapsed or damaged dozens of homes in the capital that were already in poor condition, tearing off pieces of roof, balconies, and facades.

That highlighted one of Cuba’s main social problems, a shortage of quality housing caused by decades of inadequate maintenance, a lack of new housing, and impediments facing people trying to fix up their own homes.

An official review last year found that the island of 11.3 million people had 3.9 million homes at the end of 2020, almost 40 per cent of which were just in fair to poor condition. Cuba needed another 862,000 homes to adequately house its people – up from an officially estimated shortfall of about 500,000 in 2005.

The government announced a major national programme to solve the problem in 2018, but the latest official figures show a dramatic drop in recent construction as the country has struggled with a pandemic-stricken economy and tighter US sanctions.

“When it rains here, everything gets wet, furniture, the refrigerator. We have nowhere to move things to,” said Ayala, trying to control her emotions while showing the effects of the latest downpours, including a strong, musty smell.

“Tomorrow a wind will come and this (roof) will fall on us, and we will be two more dead,” said Ayala, 36, whose face is partially paralysed after surgery for a brain tumour.

She and her brother Wilmedis Horta Ayala, a 39-year-old physical education teacher at a primary school, filled out all kinds of paperwork to get authorisation to legally fix the place, which is about a century old, but the building permit – mandatory in Cuba – was never issued.

Lahera, 65, was a state employee until she requested sick leave. The four of them live off what the Cuban state gives her daughter to take care of her and the girls.

“When it rains, the walls here pick up a current (become electrified),” she said. “They are bad, but I don’t know to what degree they would fall. They are all cracked. The building, the structure is very old.”

For decades in Cuba, residential construction was wholly controlled by the socialist government, and no legal real estate market existed. People could not sell homes.

In 2011, President Raúl Castro authorised the buying and selling of homes as a way to reactivate the economy, giving more space to private enterprise. Thousands of people acquired houses or invested in fixing up the ones they had, which suddenly gained capital value.

With an increase in tourism and a rapprochement with the United States in the middle of that decade, some areas like Old Havana saw a wave of gentrification, often aided by funds from families in the US. That hit a wall with the pandemic and Trump-era sanctions.

Cuba’s government has long struggled to build sufficient new housing or maintain existing structures and tried to keep a tight hand on private efforts, believing – often correctly – that building materials had been pilfered from state stocks.

In recent years, it has tried to offer more credits for construction and repairs and stimulate efforts by professional and workplace groups to build apartment buildings for themselves.

But construction materials are often hard to find at low-price official outlets – which often insist on seeing permits – and private sellers demand prices far beyond what Ayala or Lahera can afford,

Now, the first rains of the new storm season have again exposed the fragility of Cuba’s housing – much of it located in coastal cities with salt-laden air.

“You just have to walk through the city to see the profound deterioration of Havana’s buildings,” architect Orlando Inclán told The Associated Press.

Inclán was part of a team that won a competition sponsored by his professional association to build social housing using alternative or recycled materials.

He and some of his colleagues are urging the government to lift a ban on private architecture and construction businesses and let them participate in a movement to clean up public spaces and houses for the island’s population.