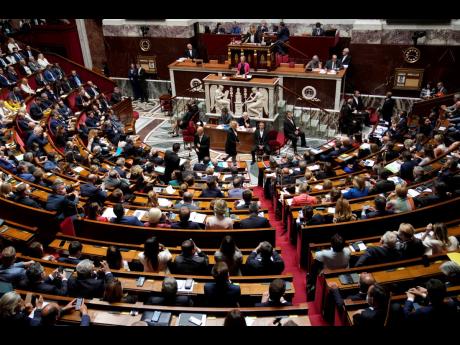 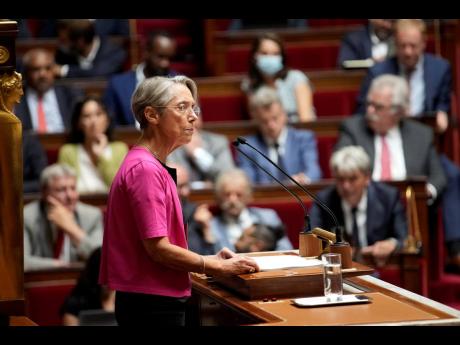 The French state now holds an 84 per cent stake in the company, one of the world’s biggest electricity producers. Shares in EDF, which has suffered a series of nuclear reactor shutdowns and other problems recently, jumped on the news.

“We must have full control over our electricity production and performance,” Borne said as she laid out her government’s priorities in her first major speech to France’s parliament. “We must ensure our sovereignty in the face of the consequences of the war (in Ukraine) and the colossal challenges to come. ... That’s why I confirm to you the state’s intention to own 100 per cent of EDF’s capital.”

The announcement came as France and Europe are scrambling to find other energy sources to reduce dependence on Russian oil and gas amid fears of an energy emergency next winter.

EDF manages France’s sizeable fleet of nuclear reactors, which are facing a raft of technical and other problems. New-generation reactors are years behind schedule and billions over budget.

EDF had €84.5 billion (US$86 billion) in revenue last year and €5.1 billion (US$5.2 billion) in profits, and serves tens of millions of customers in France and several other countries. It was partially privatised in the early 2000s.

The rise in EDF’s share price was an apparent sign that investors expect the government to pay a premium to buy up the remaining stock. The shares hit an all-time high in 2007 but have since slid by 90 per cent, falling even lower than the price at which the French government took EDF public in 2005 under a European Union privatisation push.

France invested heavily in nuclear energy during the oil shocks of the 1970s and depends on atomic plants for some 70 per cent of its electricity, more than any other country.

But EDF repeatedly had to reduce its production forecasts over the past several months after a string of reactor shutdowns for maintenance and inspections. Several reactors having problems with pipe corrosion are under investigation.

Borne described the nationalisation decision as part of a strategy to gain “energy sovereignty” and build “a stronger France in a more independent Europe”.

“We cannot rely anymore on Russian gas and oil,” she said. “We will gain our sovereignty thanks to nuclear and renewable energies.”

Her announcement came hours after the European Parliament approved an EU plan to include natural gas and nuclear energy in the bloc’s list of sustainable activities. Environmental groups fiercely criticised the plan, which France and Germany supported.

France’s state audit agency published a report Tuesday urging the government to change policy regarding EDF and the electricity market, calling the current structure neither “readable nor controllable.”

According to the agency, France has failed to conform to EU policies on opening electricity markets to competition while maintaining affordable prices for consumers.