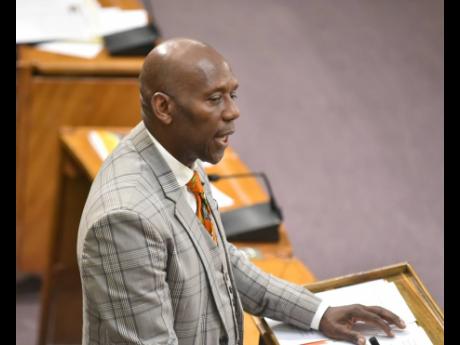 Distribution and manufacturing company Paramount Trading Jamaica is banking on newly recruited talent to maintain the growing business' momentum, which just achieved its 'best ever' out-turn for year ending May 2022, its chief executive said.

Profit nearly tripled to $174.6 million on record revenue of $1.72 billion, climbed for the chemicals business, a performance CEO Hugh Graham said was due to a number of factors, including a different approach to managing inventory.

“It is a combination of the reopening of the economy in addition to the revitalisation of the entertainment sector. There was also construction where our products featured significantly. That was as much as 40 per cent of our revenue," said Graham.

He added that in order to push for growth, Paramount bulked up on inventory to counter the effects of global logistical problems which has seen lead times, the time between order and arrival of cargo, expand from from three to seven months.

“We took the decision to buy up that stock at whatever price they were selling because the one sure thing is that we all need the goods to do business,” he said.

But it also required an agile sales force that Graham said worked in coordination with the procurement team to ensure the products would move quickly from storage and into the marketplace.

"On the one hand we have the purchasing personnel, responding to the logistical challenges, and on the other we have the sales people who are exploiting the opportunities with the reopening of the economy,” said Graham.

Under its targeted recruitment drive, Paramount Trading hired Jodian Natoo, formerly of ICC, Seprod, Salada Foods and Benjamin’s, to head up the manufacturing side of the business as plant manager. Dr Jacqueline Lecky, formerly of GraceKennedy and Lasco, was brought on July 1 as chief digital strategist-chief financial officer, a month ahead of the the programmed departure of long-time CFO Junior Levine on July 30. Graham says Lecky will have special responsibility for digital transformation and modernising Paramount’s accounting operations.

He also noted that the new hires were strategic to the company's plan to outperform itself in this year.

When Paramount Trading Jamaica became a listed company nearly a decade ago, its primary business was lubricants. Now that revenue line is the third largest revenue earner.

Graham said the company was forced to scale back operations in that division during the COVID-19 pandemic, when commute slowed to a trickle. The company now has a blending and packaging arrangement with petroleum marketers, Future Energy Services Company, which trades as Fesco.

Under its bleach manufacturing operation, Paramount bottles for large and small brands, but continues to hunt business for the plant.

“We’re still in conversation with a number of smaller ones, especially those who have been having to import out of Trinidad,” Graham said.

Paramount is also negotiating a new deal to produce a line of cleaning agents and institutional chemicals for a new client.