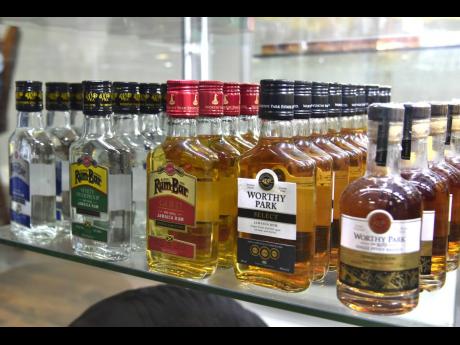 Sugar and spirits company Worthy Park Estates Limited is adding a third rum bottling line that will double its capacity to about 2,000 cases per day, later this year.

The maker of Rumbar and Worthy Park rums said the investment being made was modest, but declined to state the amount.

“We can do 1,000 cases a day and we expect to double that,” said Managing Director Gordon Clarke.

The two bottling lines now in operation at the company’s Lluidas Vale, St Catherine factory are close to full capacity. Due to demand, the company grew its rum staff by about one-third since this year and implemented an additional work shift on Saturdays.

Clarke said that sales were flat initially at the start of the pandemic, then rose by 25 per cent in 2021 and are now trending at around 63 per cent and rising.

The company theorises that it’s sales might have benefited from logistical problems that had beset its rivals.

“It might have to do with supply chain issues for the other rum players,” Clarke said during a media tour of the Worthy Park complex on Tuesday.

The higher demand led to increased production of rum, which in turn had required more sugar cane.

Worthy Park utilises close to 4,000 acres of the 10,000-acre estate for the cultivation of sugar cane, the company told the Financial Gleaner. It recently leased an additional 2,400 acres of farmlands that lie outside its three-century-old estate.

The estate founded in 1670 has been in the Clarke family for a century.

Worthy Park started making rum from 1741 according to historical records, which describe it as the first distillery in the island to make the product. In the middle of the 20th century, there was an overproduction in rum from Jamaica, which resulted in the producers and the regulatory body the Spirits Pool deciding to cease production at most estates including Worthy Park to reduce the supply.

In 2005, Worthy Park invested in a new distillery and bottling plant and returned to making rum. Its first branded product was Rumbar white overproof rum, which was launched in 2007.

The company in recent years introduced a 12-year-old aged rum, and now: “We have 17-year-old rum and ageing,” Clarke said.