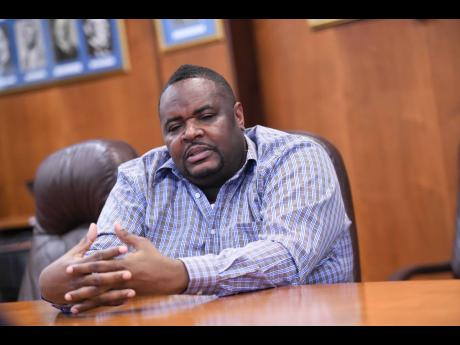 MFS Capital Partners, formerly known as SSL Venture Capital Jamaica Limited, SSLVC, is finalising the takeover of another business, a connected company known as Micro Financing Solutions Limited. The agreement to acquire 100 per cent of the...

The agreement to acquire 100 per cent of the shareholding in Micro Financing Solutions, otherwise referred to as MFS Limited, was signed on Monday, November 28.

The deal is still subject to price negotiations, but marks the first business purchase by MFS Capital since it underwent a name change from SSLVC and a brand overhaul in August. The vehicle used to acquire the 79.08 interest in SSLVC was called MFS Acquisition Limited.

“Some acquisitions will take a little time because there are regulatory hurdles that we have to overcome, and we have to ensure that our due diligence process is carried out properly. So we expect that the transaction will be closed within a few months,” CEO Dino Hinds said during the company’s annual general meeting on Wednesday.

Hinds told the Financial Gleaner that the companies would not merge after the closing of the deal, which is expected to happen within three months. Micro Financing Solutions Limited will become a subsidiary or portfolio company of MFS Capital, he said.

Micro Financing Solutions — which has shareholders in common with MFS Capital but is a separate operation – started out as a microlender and licensed cambio in 2014, before expanding into other financial activity. It’s one of several acquisition targets that MFS Capital is going after to grow.

In its former skin as SSLVC, the company at its takeover in May was a failed venture capital/private equity operation with zero revenue that MFS Acquisition said it would transform through targeted investments in companies with growth potential in the money services, investment banking and real estate sectors.

Since then, MFS Capital has ventured into a new line of business, receivables financing, which gave the company its first $12.56 million of revenue and profit of $5.3 million for the quarter ended September. And now, the acquisition of Micro Financing Solutions Limited, once finalised, will bring in other portfolio operations, including remittances, bill payment services and microlending.

Micro Financing Solutions also holds a 28 per cent stake in Capital Solutions Limited, a financial services company offering loans and cambio services, with a right to purchase up to 75 per cent of the share capital within five years.

MFS Capital had expected to close off on at least two deals by now, according to assurances given by the company in its first quarterly filing to the market for the period ending June.

Hinds described the Micro Financing Solutions transaction as a “big-ticket” item for the company, and said they were also looking at other prospective deals.

“We are working to sign off on various MOUs to develop a portfolio of companies,” he said.

Meanwhile, MFS Capital is planning to divest itself of the two shell companies it acquired with SSLVC — marketing start-ups Muse 360 Integrated Limited, in which it holds 51 per cent interest, and Bar Central Limited, in which has 75 per cent ownership.

“We do not wish to speak on prospective buyers of the shares at this time,” Hinds said.

Since acquiring SSLVC, MFS Capital has adjusted its focus towards companies with the capacity to scale their operations, instead of start-ups, and will be raising capital to fund the new acquisitions.

“We are in discussion on the debt side, but in about two months we will disclose our strategy for raising funds going forward,” said Chief Operating Officer Robert Barnes.