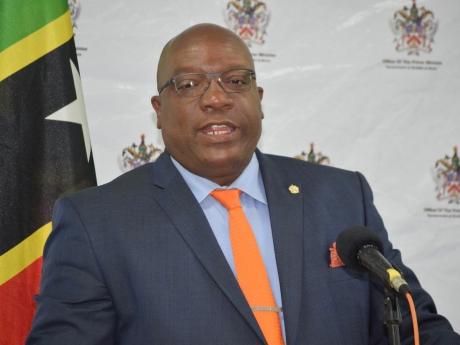 BASSETERRE, St Kitts, CMC – St Kitts-Nevis, the only Caribbean Community (CARICOM) country not to record any positive case of the coronavirus (COVID-19) to date, has announced a series of measures, including pumping an additional EC$16.9 million into the health sector, to deal with the virus.

Prime Minister Dr Timothy Harris, in a radio and television broadcast on Sunday night, said that the funds would be in addition to the EC$62 million provided for in the 2020 national budget.

He told citizens in the twin-island federation that his administration’s preparation for the virus that was first detected in China last year and blamed for more than 8,000 deaths worldwide, include “drawing on the expertise and experience of our partners in the region and further afield.

“We have reached out to several governments for support and assistance, including the United States of America, the Republic of China (Taiwan) and Cuba. Through this engagement we have requested external support for some 85 health professionals,” he added.

But Harris said that non-nationals travelling from several countries like China, Iran, South Korea, Singapore, Europe, the United Kingdom, and the United States would be refused entry into the country.

He further said there would also be a mandatory quarantine period of 14 days for nationals arriving from those countries and strongly advised citizens to avoid all non-essential travel to countries or jurisdictions where COVID-19 cases have been confirmed and where there are local/community transmissions.”

The government said that all non-national travellers arriving from any other international destination will go through an advanced screening process at the point of entry “regardless of your point of entry.”

It said that these passengers will also be subjected to a mandatory 14 day quarantine at government appointed sites, adding that they may also be refused entry into the country.