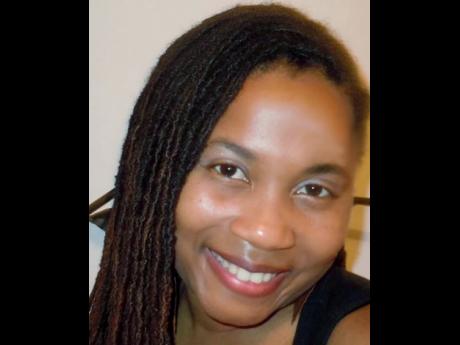 I read with dismay the official response of the administration of the University of the West Indies (UWI) to claims about gender-based violence at the Mona campus, published as your letter of the day on Saturday, February 7, 2015.

I am not surprised that the UWI administration seems far more concerned with its reputation than with actually investigating and trying to engender (pun not intended) a proper conversation.

Its defensive letter of response may partly stem from the sensational headlines accompanying the Sunday Gleaner article that prompted this recent controversy. (It is hyperbolically titled, 'Halls of horror'). But, the tone of the response is also characteristic of the university's general approach over the decades to this issue.

Taitu Heron's 2013 study, Whose Business Is It? Violence against Women at the University of the West Indies, Mona Campus, is available online. She includes among her findings information about the way in which the university administration reprimanded a student group that tried to have a proper conversation about the problem some years ago. Others can attest to this somewhat reactionary position of the university administration over the years.

Additionally, I am disturbed by the rhetorical gymnastics employed in UWI's response. I will only look at three of these problematic statements: First, the response points out that the cases reported constitute "fewer than one per cent of students ... over a five-year period."

This appears to reference Heron's findings that 67 cases were reported between 2010 and 2012 to the office of security services. The UWI's letter of response does not specify whether it found any other reports from campus security about gender-based violence since then. The number given by Heron is still a large one in such a small community. It may or may not indicate a rampant problem, but considering that studies show that most people do not report gender-based violence, the figure is still shocking.

Second, the response is careful to mention that "70 per cent" of the students at the university are female. I guess this is supposed to lead us to conclude that a female majority means that women are disproportionately empowered and that gender violence could not possibly be a problem.

Without going into a long lecture about how patriarchy operates, including the fact that women also participate in it, and that it relies mostly on power structures, and less on numbers, I will just simply state one thing: A particular gender's demographic majority does not, ipso facto, equate to said gender's empowerment.

Third, the response states, "The university is a microcosm of the wider society," as a way of diverting any specific blame from the campus towards the country and region. Since the UWI has carefully made that observation, we can engage with it by asking the following question: Given that the wider society has a big problem with gender-based violence, wouldn't the university, as a microcosm of this society, also have a big problem with it?

Furthermore, in many ways, there is a specific campus culture - particularly on halls of residence - that amplifies sexism within the wider society, including problematic notions of masculinity and femininity. There are certain initiation practices and traditions that are disturbingly sexist. A case in point is the infamous 'panty tree' that was decorated by men on one of the halls of residence.

Gender-based assault on university campuses is a global issue; where the UWI administration differs from many others is that it is yet to acknowledge the problem in a meaningful way that will lead to a transformation.

There are many ways in which UWI could have responded publicly to this controversy in a manner that shows concern for students and that also seeks to defend its reputation.

For example, the university could have begun the response by categorically condemning gender-based violence while questioning the labelling of its campus as a "haven" for sexual assailants. It could further investigate the matter and prepare a report that is sent to every student, staff and faculty member.

It could display a willingness to critically re-examine measures in place; it could choose not to conflate gender violence under the generic rubrics of 'campus security' and conflict management, but treat it as a unique offence in which survivors are usually shamed into silence.

By implying that it is more concerned with its reputation than with the plight of violated students, the UWI administration compromised itself long ago as a safe avenue through which these students can report their experiences. How many students and staff members will now be willing to come forward and report cases without feeling that they are destroying the UWI's reputation?

Finally, as a past student of the UWI, I know of many cases of gender-based violence while I was there, including stalking, beating, sexual assault of women, and anti-gay violence in different forms. I once had to report a case of stalking to the campus police. (I hope they are better trained to deal with this now than when I was a student, because I found them very insensitive at the time).

Over the years, I have had conversations with students and staff members about this continuing problem. Whether you are the survivor of an assault, a witness, or someone who heard about an assault, we understand one thing: that the administration of the UWI does not like when people speak up about this, and you are likely to be reprimanded when you do.

I left the UWI as a student 13 years ago; I gained much from my time there and I feel a deep love and loyalty to that institution. For this reason, I am extremely disappointed that this problem continues, and that the critical conversation around it is still yet to happen.

- Nicosia Shakes is a PhD candidate in Africana studies at Brown University, Rhode Island; and former lecturer and past student at the UWI, Mona.

Email feedback to columns@gleanerjm.com and nicosiashakes@yahoo.com.