The 'Bright Journey' - a Journey of Vision and Friendship 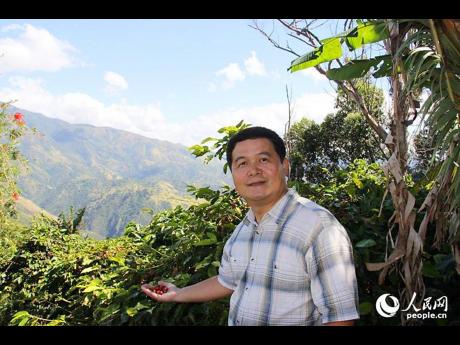 Contributed
Dong Xiaojun, Chinese ambassador to Jamaica, said in a guest column published in The Sunday Gleaner of May 3, 2015, that China's investment in Jamaica comes with no strings attached.

In China, people say that the eye is a window that connects the mind with the world. Today, I have good news for Jamaicans who are suffering from cataract problems - the window of brightness will soon be reopened to them! This coming Sunday, a team of ophthal-mologists from China will come to Jamaica to carry out free cataract surgeries at the Kingston Public Hospital.

As is known to many, China has, while striving for its own development, spared no effort in fulfilling its international obligations and in contributing to the common development of the human society. Medical assistance is one of the important components of China's foreign aid. So far, China has dispatched medical teams to more than 70 countries in Asia, Africa, Europe, Latin America, the Caribbean, and the Oceania. Nearly 300 million patients have received medical treatment. Chinese medical doctors, with their good ethics, expertise, and service, have won high reputation and respect from peoples and governments of recipient countries.

During his meeting with CARICOM leaders in Trinidad and Tobago in June 2013, President Xi Jinping announced that China would be dispatching 100 medical doctors to Caribbean countries, and that ophthal-mologists will be sent to the region to conduct free cataract surgeries under the Bright Journey project. By the end of 2014, China has dispatched 65 doctors to the Bahamas, Dominica, Guyana, and Trinidad and Tobago, either to work at local hospitals or to provide short-term medical services. Wherever they are, the doctors not only provide medical service to the local people, but also introduce advanced expertise, and assist in establishing much-needed medical departments at hospitals.

The Bright Journey to Jamaica has been on top of the Chinese Embassy's agenda, and has received high level of attention from governments of both China and Jamaica. The Most Honourable Prime Minister Portia Simpson Miller has voiced her strong support and expectations on many occasions. Through diligent preparation work by foreign ministries and public-health authorities of our two countries, the Bright Journey is well set to cross the oceans.

The Chinese medical team to Jamaica will be comprised of five doctors and three nurses from the Tongren Hospital, the best eye-care hospital in Beijing. All of them are highly competent and dedicated, with rich experiences and a kind heart. They will carry out surgeries for around 200 patients in Jamaica. In addition, they will conduct exchanges with their counterparts in Jamaica and provide training to local medical personnel. A complete set of equipment for ophthalmology surgery, as well as related medication and materials, valued at more than US$400,000, will be donated to the Kingston Public Hospital.

Many Jamaicans still remember the visit of the Peace Ark medical service ship of the Chinese Navy to Jamaica in 2011. That good example of cooperation and friendship demonstrated by way of medical services is going to be further fostered by the Bright Journey. It will be a journey of vision, and a mission to strengthen the bond of friendship between our two peoples.

I wish this great mission a great success.

• Dong Xiaojun is the Chinese ambassador to Jamaica.