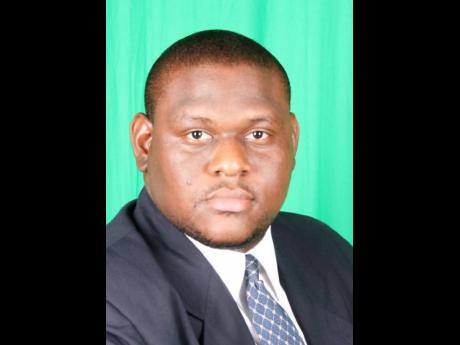 x
Morgan ... The prime minister and her handlers have sought to use statistics in a misleading and ambiguous manner. 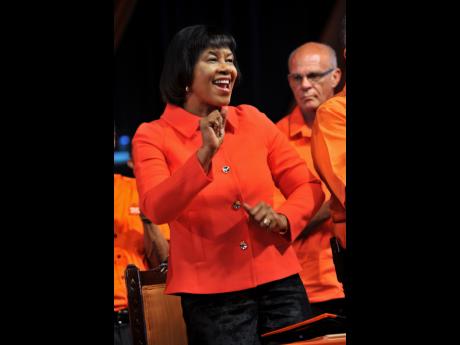 File
PNP President Portia Simpson Miller grooves to music being played at the party's annual conference at the National Arena Sunday. In the background is MP Michael Peart.
1
2

Prime Minister Portia Simpson Miller spoke for just under two hours at the People's National Party's 77th annual conference on Sunday, and, like me, I'm sure tens of thousands of Jamaicans did not come away from her presentation with any clearer or better understanding of the PNP's vision or strategy to move the country forward.

While the passage of International Monetary Fund (IMF) Tests are important as part of the overall economic-reform programme, merely gloating about this and slavishly satisfying the dictates of the IMF is not good enough.

Managing the economy has to do more with creating and expanding opportunities for the people of Jamaica, especially as it relates to jobs. The prime minister and her handlers have sought to use statistics in a misleading and ambiguous manner. She spoke, for example, of the debt being reduced. What we know, however, is that whereas the debt stood at J$1.7 trillion when the PNP took office in January 2012, the total stock of debt now stands at just under J$2.2 trillion.

It is the PNP who are the darlings of debt. When the JLP left office in February 1989, the debt stock stood at approximately J$31 billion. By the time the reins of government were handed over to us in September 2007, the debt had ballooned to just under J$1 trillion.

While the Government will be quick to point out that the recent PetroCaribe debt buy-back will cut the debt-to-GDP ratio by an estimated 10%, it does not make good economic sense to replace relatively low-cost debt with high-cost debt.

If that were not enough, the Government's flagship employment programme, JEEP, has been a monumental failure, if not a farce altogether. The prime minister cannot expect us to take her seriously when she makes reference to job creation in this area. JEEP jobs are not meaningful and sustainable.

And what can we say of the ill-conceived Jamaica Employ initiative - a pie-in-the-sky programme where the Government was asking the private sector to hire people just for the sake of hiring people. The fact is, business doesn't work like that.

Given the PNP's dismal failure in the area of job creation, it is no wonder that Jamaica has seen the highest unemployment rate in a decade, some 16%, under their watch. Under this PNP Administration, youth unemployment rose to its highest - 38.5% in 2013.

Our agriculture sector is in shambles. According to the 2014 Economic and Social Survey of Jamaica, the agriculture, forestry and fishing industry declined by 0.4% last year. The drought is having a devastating impact on domestic food production, and the sector has been in decline this year in the face of the severe drought, neglect and mismanagement of the portfolio.

As far as tourism is concerned, the prime minister was keen on telling half of the story but steered clear of the other half. While the tourism sector did in fact see visitor arrivals surpassing the two-million mark, it had a lacklustre growth out-turn. While Jamaica's tourism sector grew by a paltry 3.6% in 2014, our neighbours and competitors forged ahead in the following manner: Aruba - 9.5%, Belize - 9.2%, the Cayman Islands - 10.8%, the Dominican Republic - 9.5%, Grenada - 18.4%, Haiti - 10.8%, and Montserrat - 13.5%.

The PM merely glossed over the national security portfolio, indicating that they have been improving the operational capabilities of the security forces. She, however, failed to inspire confidence or provide any assurance that the Government is getting on top of murders. Up to Wednesday, September 17, the lives of some 865 Jamaicans have been snuffed out by murderous and menacing criminals. This is a 22% increase, or some 169 more persons killed when compared to the corresponding period last year.

In the midst of one of the most severe droughts, no mention was made of long-term and meaningful investments in large water systems, which, by the way, is what is needed now more than ever. The PM gave no indication as to whether or how her administration will be seeking to harness Soapberry or the Black River for the purposes of irrigation and/or potable water.

• Marlon Morgan is deputy opposition spokesman on agriculture and an aide to Opposition Leader Andrew Holness. Email feedback to columns@gleanerjm.com and marlonandremorgan@gmail.com.