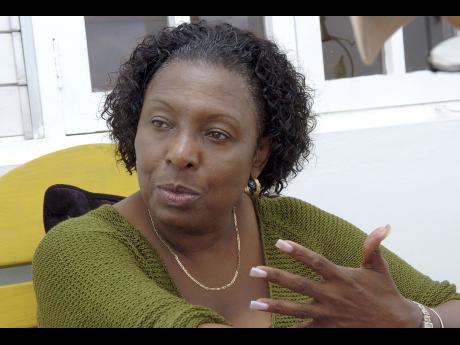 The subject of a claim for reparation from the United Kingdom (UK), for its role in the enslavement of Africans in the Caribbean centuries ago, has taken on huge significance since indications were given last week that British Prime Minister David Cameron would be visiting Jamaica.

Not surprisingly, there has been widespread clamouring within the society, led by chief reparation advocate, Member of Parliament (MP) Mike Henry, for the matter to be raised with Prime Minister Cameron. This development is not surprising because the private member's motion that Henry moved in Parliament had the full endorsement of the House membership - bar none. So, it is fair to assume that the way was effectively cleared for the claim to be formalised and then laid against the UK.

In my own contribution to the Reparation Debate in Parliament on January 27 this year, I recognised and paid tribute to the pioneers of the reparation movement. I expressed the firm hope that the debate would result in "the settlement of the argument, as we vote to support this motion to chart the way forward and to proceed with action and not just talk",

In an amendment to the motion moved by Henry, I proposed the establishment of the National Reparations Commission, comprising Parliamentarians, experts and a cross-section of the society, with a secretariat and staff, to facilitate day-to-day operations to formalise the process going forward. This included the following:

A) To receive submissions or memoranda, hear testimonies, evaluate research and studies, engage in dialogue with relevant interest groups, and undertake wide public consultations with the aim of guiding a national approach to reparation.

B) That the Government should follow up the report on the international recommendations to indicate what is required to create a road map for achieving reparation, taking into account the relevant social, cultural, economic and international factors.

The commission would also be mandated to collaborate with CARICOM in whatever initiatives were being undertaken within the wider Caribbean region. This was against a background in the reparation struggle in which, in 2009, for the first time in the history of Jamaica, a sitting government appointed a National Reparations Commission.

"Mr Speaker, I hope that today we will be able to make a statement to the society, and the international community, that despite the complexities of the issue, we are committed to achieving closure," was part of my opening declaration in my presentation to the Reparation Debate.

"... the basic point that needs to be addressed by us is not necessarily that we are insisting on the payment, but primarily the recognition that the enslavement of Africans was a crime against humanity, which has still not been addressed globally," I continued.

It should be noted that reparation could involve a range of negotiable options, including direct financial compensation, debt forgiveness from both government and private creditors, capital transfer, assistance with social services - such as health, justice and education - among other possibilities.

With the Reparation Debate in parliament ending with a unanimous vote of 'yes' among the members of the House, it clearly indicated the national position which was taken by the parliamentary group on behalf of the country and people.

The JLP remembers its participation in the Reparation Debate. We remember that all our members voted in favour of having the claim put to the UK. Therefore, the party's position is clear on the matter, running true with our parliamentary vote.

Of interest to us and, no doubt, the society at large, is the position of the governing People's National Party (PNP), whose membership in the House also voted unanimously in favour of the reparation motion and, by extension, the claim against Britain. Will it be a case of changing political times causing diplomacy to supersede and overwhelmingly swamp national dignity and sensibility?