Tough lessons for the politically naive 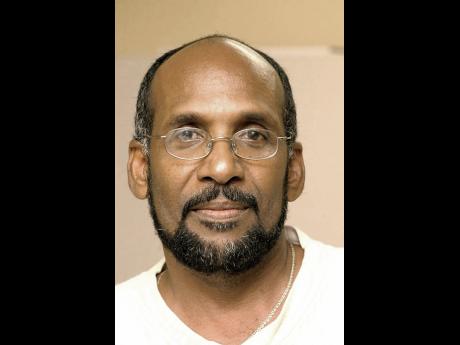 It would be too much of an outsize hope were we to expect that the impending race between the ruling People National Party (PNP) and the Opposition Jamaica Labour Party (JLP) would provide us with a Usain Bolt-type flash and record finish first past the post.

We know instead that our two contenders are lumbering old men with even older ideas, and it is quite likely that many in the population will be satisfied just to watch the race from the sidelines and mute the applause.

Three months ago, many would have seen it as a safe bet to drop a few hundred dollars on the PNP because the JLP was so embroiled in another round of its perennial internal turmoil. That time around, it was an insurgency linked to the aftermath of the Shaw-Holness race which saw Opposition Leader Andrew Holness as not having the 'total goods' necessary to lead the JLP to its second general election win since 1983.

Just as we were headed to the corner betting shop to wager on a certain uncertainty, the PNP itself began to ape a lot of the JLP's errant ways, but this time at the constituency level, where a few challengers decided to take full advantage of delegate discord, apathy and the need to 'eat out' another politician.

From the well-known Lloyd B. Smith in the west mouthing his 'I will tell all if I do not get my way', to Lisa Hanna's hands-off representation in South East St Ann, to the people in St Elizabeth, rejecting Raymond Pryce, whom they once loved, the PNP unwittingly joined the JLP in baring its dirty linen to the public.

Months ago, when the headquarters of the JLP at Belmont Road saw nothing wrong in allowing Sharon Hay-Webster free rein to romp in the constituency of Gregory Mair in North East St Catherine and frustrate him, it not only enveloped the party at a national level, but it also led to Mair throwing in the towel.

In West Central St Catherine, where the very affable Dr Ken Baugh of the JLP decided that he had run his course in representational politics, the buzz was all about the similarly approachable and engaging Dr Christopher Tufton entering the race in a 'safe' JLP seat in order for him to re-enter the race and put behind him his foolishness in being a party to pre-signed letters as a member of the Senate.

Just as he thought that was pretty much of a done deal, the word began to spread that Belmont Road was uncomfortable with the thought and the reality of getting Tufton a safe seat, and for what. To make a challenge for leadership of the JLP and eventually gaining the post of leader of the Opposition?

Poor Dr Tufton, a man I and many have a lot of respect for whom, but who is naively of the belief that trench warfare politics and national appeal as say, a Cabinet member, are the same. Wrong move, Tufton.

Many Jamaicans still believe that if a politician cannot cut it at the constituency level, where he has to master the art of the handout every month, he cannot accept qualification into the elite club of Cabinet member. So, so wrong, but that is the reality of our constitutional arrangements.

Tufton will eventually grow, but I fear that he will only learn to play trench warfare politics as it is meant to be played. With a lot of funding and promises not to his constituent, but to delegates, whose appetites are voracious.

Our people still give kudos to the politicians who are best at constituency politics. That I quite understand because, according to the theory, if a politician doesn't know the people, he cannot make representation on their behalf at the bigger level - the Cabinet.

We may have to fully explore that model as we move forward.

In East Rural St Andrew, the PNP's Damion Crawford, a man not known for keeping his political thoughts to himself, was just recently dispatched by Peter Blake, a businessman. I feel sad for young Crawford, but he tried to move ahead of the clock, trying to force half an hour into 15 minutes.

Crawford breached the cardinal rule of party politics: Never force on people what they are not ready to accept. Give it to them in little bits and sips.

Leader of the Opposition, Andrew Holness, has had his 'probation' expired arising out of those stormy encounters at the JLP's Belmont Road headquarters in July. A fog now covers that party's readiness for the upcoming elections.

With Finance Minister Peter Phillips being at the helm of the country's affairs in keeping us in tune with IMF dictates, the hope is that our prime minister will end the people's wonderment about when the trump will sound.

When it comes, it will be two lumbering old entities struggling to make it to the tape.