We set ourselves up for Cameron's insult 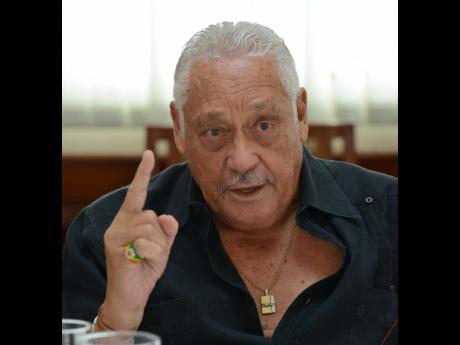 Much as I highly appreciate the intervention of former Prime Minister P.J. Patterson, in last week's open letter to David Cameron, to the debate on reparations, and his supportive stance (although not stated) of my deliberate and intentional boycott of PM Cameron's address to the Jamaican Parliament, may I remind Mr Patterson that the insult from Mr Cameron was brought on us by a misguided invitation to him to visit Jamaica at this time.

Without including reparations, which was debated and passed in our parliament, this was the hallmark of disrespect to ourselves, which was the essence of my request for the inclusion of reparations on the agenda for serious discussion.This, Mr Patterson should note, was before Mr Cameron's visit.

Would it not have been a nice fit, I would ask Mr Patterson, if this request of mine had been given to Prime Minister Portia Simpson Miller before this disrespect was shown to our Parliament and, by extension, to all the citizens of Jamaica?

Instead, what we set up ourselves to receive was the greatest insult, embodied in the silent answer to us for reparations, which I paraphrase thus:

"You natives have been getting restless of late. I hear the drums and feel (as best as I can) the rhythm. So let me return the unwanted serfs of yours and remind you that the past is not important to those who benefited from exploiting your ancestors in the past.

"Yes, we bought you and sold you, as you have proven your inability to manage your affairs, and in this I have the support of many of your own.

"After all, are they not here waiting to campaign on my handout? For indeed, as the Spanish came with the beads, so have I come bearing gifts of reparations. And who really needs an apology? If anyone, certainly it's me, as I was the one who set you free and showed the world that not all my chattels are worthy of historic recall, as in reality, that's for humans, not animals."

I can only hope that a new generation of leaders will wake up to the importance of wiping clean the impact of mental slavery on our people.

- Mike Henry is MP for Central Clarendon. Email feedback to columns@gleanerjm.com and michaelhenrylmh@yahoo.com.