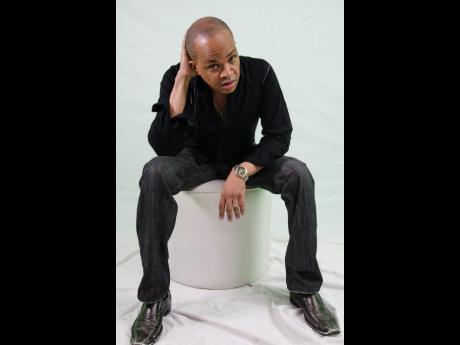 The recent remark by our minister of health, Dr Fenton Ferguson, that the babies dying during the recent bacterial outbreaks at the Cornwall Regional and University hospitals were "not babies in the real sense" incensed many.

It underscored the reality that the minister is not only aloof regarding matters of health, but also out of touch with respect to issues that can profoundly affect the human psyche.

In addition, his use of the term 'neonates' (neonates vs full-term babies) illustrates his lack of understanding of the meaning of the word, as it applies to infants less than four weeks old, regardless of gestational age.

The loss of a pregnancy, or death of a child, can have a profound effect on a woman's psychological well-being. Miscarriages (early pregnancy losses), stillbirths (deliveries of dead babies that have reached viability) and newborn deaths often lead to excruciatingly painful and protracted periods of grief.

Also, the mentally debilitating effects are not just confined to grieving mothers, but also affect fathers, other family members and close friends. I remember an occasion when, following an ultrasound examination, I regrettably informed a pregnant woman that the fetus she was carrying was no longer alive. She was saddened to hear the news, but it was her partner, who unravelled and fell to the floor, sobbing uncontrollably, who required more attention.

The maternal drive can be extremely strong, and over the years, as an obstetrician and gynaecologist, I have learnt to respect it. I have also observed that the desire to have a child can supersede all other ambitions in a woman's life. Bonding with a pregnancy can begin from the time of a missed period or on the observation of a positive pregnancy test, and carrying a child is usually one of the most significant and emotionally rewarding events in the lifetime of a woman.

I recently saw a patient who had experienced fertility issues for many years. She had irregular cycles, and conventional measures had failed to produce a pregnancy. One day, she visited my office simply to collect a form to do some blood tests, to check the levels of certain hormones that would affect her ability to conceive.

On receiving the form, she casually mentioned that she was experiencing mild pelvic pain. To the best of her recollection, she did not miss a period, and even asked me, despondently, if I thought that she would ever become a mother.

Being an optimist, I answered in the affirmative, and decided to examine her and perform an ultrasound examination, at which time, to our surprise, I visualised a live two-month-old fetus comfortably moving around in her uterus.

She burst into tears of joy, and I myself became overwhelmed by the deluge of intense emotions.

And pregnancy is remarkably unpredictable. It is extremely difficult to foretell when uteri will erupt into contractile activity and evict their tenants, resulting in miscarriages or preterm births, and if the child is born alive, the lower the birth weight, the greater the risk of death and complications.

There are also occasions when medical conditions will dictate that fetuses be rescued early from hostile intrauterine environments, or that they be extracted to save maternal lives. In some cases, fetal abnormalities that are incompatible with life, such as the absence of a skull, are detected, at which time termination of the pregnancy would be appropriate.

Even after an uneventful pregnancy, complications can arise just before or during labour, resulting in a stillbirth or death shortly after delivery (neonatal death). When a woman is carrying a pregnancy, it is often assumed that she will carry a fetus to term and deliver a live and healthy child, and any other outcome has the potential to make parents spiral into abysses of severe depression.

Babies weighing under two pounds (extremely low birth weight infants), as our health minister so ineloquently elucidated, are really at high risk, often clinging tenuously to life, but they ARE ‘babies in the real sense’. Their umbilical cords have been severed. They are human beings living independently of their mothers’ abdomens. They breathe air and no longer swallow amniotic fluid. They have names. Many of these babies are now adults and even parents themselves.

Dr Ferguson's statement was one of the stupidest and most insensitive that I have ever heard from any person leading a department or organisation charged with the responsibility of managing the health of others, and ingloriously exposed his ignorance of the subject matter and lack of emotional intelligence.

It was a stinging slap in the faces of those who have lost premature infants during this crisis, and in other situations, parents of children born prematurely who have survived, and persons who were themselves born very early.

To his credit, Dr Ferguson did apologise for his faux pas, but the apology, in my opinion, was unconvincing and did little to repair the damage done. He is clearly out of his depth, and his leadership of the Ministry of Health is, quite frankly, a farce.