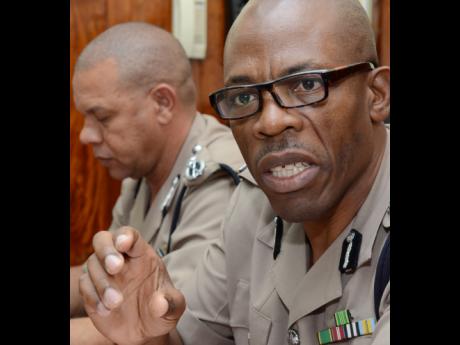 File Photo
The time for excuses has long passed and the country is looking to Dr Carl Williams and his team to show results.

The police are not winning the war on murder, and many people are despairing about who will become the next victim of violence.

Criminals appear to have become emboldened, as evidenced by the recent slaying of six members of one family in Hanover, even after they had reported threats on their lives, or the horrifying circumstances of a one-year-old infant and his father being cut down in a hail of bullets.

One could conclude reasonably that the police have lost control of the situation.

It would be naive to believe that the police can be present everywhere that crime is taking place.

However, the strongest deterrent to crime is when a criminal fears being caught and punished. And the truth is that our policemen and women do not have a good record of nabbing suspects and clearing up crime. The police must sharpen its intelligence-gathering mechanism and its investigative skills to ensure that criminals are quickly apprehended when they commit crimes.

Week after week, police spokesmen appear in the media gleefully trotting out statistics to indicate how well they are doing compared to bygone days. These are hollow victories when the numbers are tallied, and the victims' families think of their loss.

One of the excuses we often get from the police is that they do not have enough resources. The time for excuses has long passed and the country is looking to Dr Carl Williams and his team to show results.

The country deserves to know what is in Dr Williams' crime plan for keeping our neighbourhoods safer.

This newspaper has been relentless in calling for solutions to the crime and violence which has gripped this nation in a vice for more than a decade. We have continued this call because we are not satisfied that enough intellectual thought and resources have been dedicated to the problem.

Successive governments have not placed the requisite priority on the problem of crime and violence, and it is severely retarding the nation's growth and development.

Once again, we are demanding that the police force do a better job of protecting its citizens by finding answers to solve the crime problem. Increasing patrols after a student has been shot dead while running away from her attackers is certainly not the answer.

Some will point to the many initiatives that have been tried, including the recruitment of a cadre of foreigners to run the police force, and going outside of the force to get fresh leadership, yet none of these moves have resulted in any appreciable reduction in the crime situation.

The results of shifting around personnel in the Jamaica Constabulary Force has been less than spectacular. Again, the idea of establishing new police squads and departments with fierce-sounding names has not yielded the solution to the problem.

An anxious nation looks to the police commissioner to articulate a coherent response to ease the feeling of insecurity.