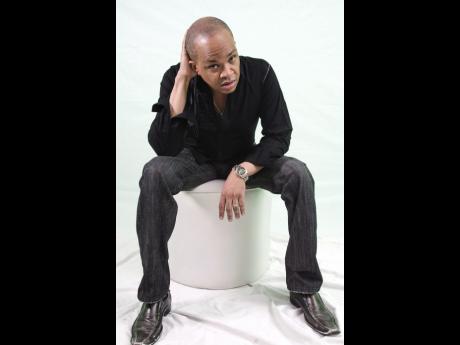 I joined Facebook six years ago, and it has been a very rewarding experience. I have found several long lost friends and made many new ones. Facebook has also opened up a whole new world to me, affording me the opportunity to interact with a diverse population of people in cyberspace, and, in doing so, learn more about human behaviour, belief systems and a multitude of other issues. It has also allowed me to share my creative work, as well as material concerning health and human-rights issues.

But the Facebook 'like' button has been a source of stress for me. On the surface, it appears to be absolutely benign. You see something that you like, you click ‘like’, and you move on. I do not spend much time counting or observing ‘likes’ for posts and comments. For some, however, it is a serious issue.

The interpretation of ‘liking’ can, at times, be confusing. For example, if someone ‘likes’ an article about the molestation of goats in rural Jamaica, does it mean that they like the thought of molesting goats, or is it that they thought that the article was well written?

I am still not sure, but you have to admit that if there is a post titled ‘Man Dies During Tryst With Goat’ and you see that ‘Tommy Jones likes this’, Tommy Jones looks somewhat perverted, and is probably not the type of person you would want your children to hang out with.

I have learnt to be more circumspect regarding the comments that I ‘like’. Once, on a thread concerning politics, a man made a mockery of a comment made by a woman. I found his comment to be hilarious, and ‘liked’ it. I soon got an inboxed message from the woman, expressing her disapproval regarding my endorsement of the man's remark. I have not seen her back on my page since.

On another occasion, I ‘liked’ a post made by J-FLAG (The Jamaica Forum of Lesbians, All-Sexuals and Gays). Next thing I know, I get an inboxed message from a devout Christian friend of mine, who totally freaked out: “Michael I see where you ‘like’ a post from JFLAG??? Explain, because I think I know you well but I can’t figure this.”

Then I happened to ‘like’ a page supporting a public figure caught up in a controversial situation. I was soon called by a friend who told me why the person should not be supported, and instructed me to ‘unlike’ the page. The concept of ‘unliking’ was then introduced to me, and I liked it. So seeing as she was trying to run my life and tell me what to do, I decided to ‘unlike’ her.

There are some persons who appear to have a lot of time on their hands, and invest many hours in investigating and obsessing over who ‘likes’ which comments and posts, making mental notes and databases and carrying feelings and grudges.

I had one such experience recently. Threads on religion can be rather contentious, and my distrust of organised religion is no secret. Ironically, on this occasion, I posted a column that I wrote about Pope Francis, defending him. Atheists dissed me, and Seventh-day Adventists dismissed me, but an atheist and a Jew became engaged in an interesting discussion on the topic.

While at work, I glanced on my laptop and saw a portion of the thread, and ‘liked’ some comments that my Jewish friend had made. My inbox was soon occupied by a message from my atheist friend taking me to task about ‘liking’ my Jewish friend’s “sardonic” comments directed at him. I told him that I ‘liked’ some of his comments, too, and asked him if he was tallying ‘likes’ now, remarking that it was rather petty to do so. He has not spoken to me since.

So this ‘like’ button thing has me ticking off the godly and the heathen alike. In the meantime, if anyone reading this wants to send me a friend request, please do so. I have a few more spaces now.