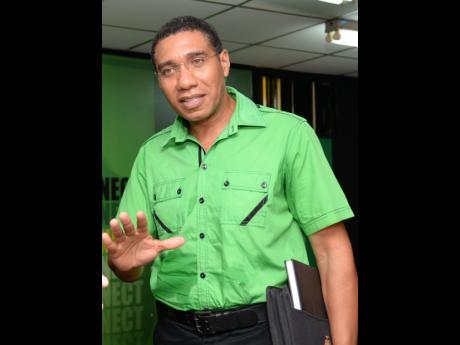 
In a simple comparison with the total votes cast in the 2011 election, the JLP scored 31,000 more votes in last Thursday’s election, but still was only able to beat the PNP at the tape by one seat.
No one has asked the question yet, and maybe to some it is quite irrelevant: What must the JLP do to win an election by a convincing margin? That also begs an additional question. Was last Thursday’s four-point swing to the JLP a blip on the electoral radar or is it a trend that can hold for the rest of the year?
The answer to that question is one the JLP needs an urgent answer to as it heads to local government elections and a likely early visit to another general election if it is serious about giving itself the political space needed for governance.
In plain language, the JLP needs about four or five more seats that can give it some leverage in the Lower House, especially if ministers are overseas at the time important bills come up for discussion and voting in Parliament.
What the JLP Government will need is a new baseline of voting positions that is reflective of the JLP 50.1%-PNP 49.9% instead of it shifting back to what was considered to be ‘safe PNP country’.
The delicacy of maintaining, in the short term, what is essentially a 50:50 split in voting until the JLP can use its momentum to nudge it towards a 53:47 ratio in the popular vote and a wider shift in seats will be a major consideration.
Many of the old soldiers like Mike Henry, Karl Samuda, Pearnel Charles et al have won their seats in fine style and they will be expecting automatic Cabinet posts at the most senior level. If the usual suspects are appointed to mirror the Golding administration of 2007-2011, there will be many in the population who will accuse the Holness administration of being just more of the same.
That ‘more of the same’ is a tag Holness cannot afford to have attached to his governmental administration. His populist (and popular) move to signal early that there will not be the usual selling of motor vehicles to those who were previously chauffeured in them is his very first sign that he intends to be lean and mean in the very first cost of government directly under his control.
With a smaller-than-usual cabinet, the best escape clause he could use to cull non-performers is his promised two-year job-performance expectations letter that every minister will be given. He needs to make those performance targets so difficult that it will be almost automatic that non-performers will fail.
To do that, however, he needs to go back to the electorate at the soonest possible time to get those additional seats to ensure that newly fired ministers do not take it personally and use the threat of walking across the floor as hostage-taking and making his leadership a nightmare.
Let us remember that we are dealing with the JLP with its penchant for implosion. I believe that all making up the JLP are so overjoyed at the recent victory – razor-thin though it was - that they would not dare risk any self-generated tremors among the ranks.
That said, it must be borne in mind that politicians are naturally individuals with super sized egos. Such individuals are known to have a very delicate constitution and will not respond well to accusations of incompetence, even if it is expressed to them behind closed doors.

Andrew Holness has, by his words and body language, signalled that he wants to usher in a new approach to governance. Of course, his very first priority is in ensuring that his $1.5-million non-tax package is delivered, even if it was only a vote-catching ploy.
I am certain all the mechanics of that proposed policy adjustment were not fully sorted out at the time he was on the stump selling it to the eager and the wide-eyed. What he has to do now is define and refine the new mechanics to make it viable and a seamless fit into the present IMF arrangements.
At all junctures of his decision-making must be a new election not just to give his administration the political space it needs to avoid being choked by an Opposition PNP whose leader has sent less-than-subtle signals that Nightmare 2.0 might just be in the making, but to give him the needed authority to fight back from the enemy within.