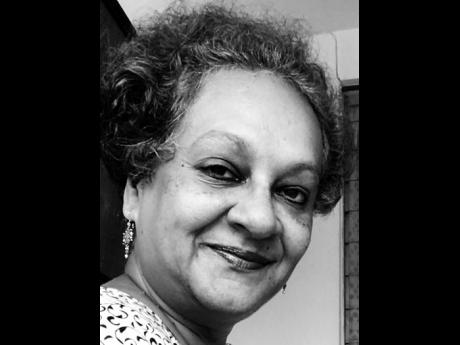 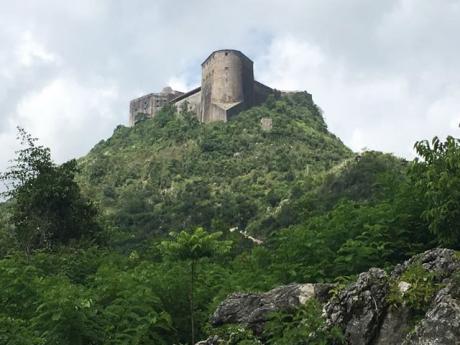 Annie Paul
The Citadelle Henry is “an awe-inspiring feat of military engineering that sits atop a mountain, the Pic Laferrière,” writes Annie Paul.
1
2

Ever since I started living in Jamaica in 1988, I've wanted to visit Haiti, but every time I expressed this desire, friends who know the country would say it's a little volatile there right now, wait till things get better. And, of course, they never have, with 2010's earthquake delivering the worst blow of the last three decades. So I never made the trip to the fabled island that is one of Jamaica's closest neighbours until last week.

The Caribbean Studies Association (CSA) held its 41st annual conference in Port-au-Prince. Founded in 1974, the CSA, as it's known, is an association of scholars working on the Caribbean Basin providing one of the only venues for scholars studying the region to "engage in collaborative endeavours, to exchange ideas, to meet each other, and to develop the field of Caribbean studies".

As the conference's programme booklet points out, CSA members have played leading roles in public service and academia in the region, occupying a range of positions from heads of government to policymakers and technocrats, their research informing the governance of many a Caribbean country.

CSA-Haiti 2016, as it came to be called, was thus a historic moment in the history of the association, bringing together the largest gathering at any of its conferences so far. Outgoing CSA President Carol Boyce Davies of Cornell University explained that her vision was to realise a long-deferred dream of holding the conference in Haiti; to return to Haiti "conceptually, physically, ideologically, intellectually, creatively, politically". There is a need, she said, to reposition the besieged country which, along with Cuba, has been made to suffer the ruinous consequences of daring to overthrow oppressive, imperially sanctioned regimes and succeeding.

"Return the $21 billion!"declared the famous champion of freedom, Angela Davis, in her keynote speech to the CSA Conference. The audience cheered as Davis rhetorically addressed France; $21 billion was the sum that Haiti paid to gain official recognition from France when it became the world's first black republic after becoming independent in 1804.

As Arthur Newland and others have pointed out, the Haitian Revolution started in 1791 with a religious ceremony led by a Jamaica-born black man called Dutty Boukman. Thus the links between Jamaica and Haiti go back a long way. In 1804, thirteen years after the revolution of 1791, Haitian slaves decisively defeated Napoleon's army, becoming the first colony in Latin America to gain its independence and the first black republic in the world to come into being as the result of a successful slave rebellion.

At a time when slavery was the preferred mode of production in the West, the birth of an independent Haiti, with the formerly enslaved at the helm of the state, was as earth-shattering an event as the 2010 earthquake that reduced much of Port-au-Prince to rubble and left several hundreds of thousands of Haitians dead and incapacitated.

After its hard-won independence, the new nation was subjected to repeated embargoes and invasions that continued over the next two centuries. The United States, for instance, occupied Haiti for almost 20 years, starting in 1919. Between invaders and marauding rulers, Haiti was plucked clean like a chicken, according to one of Haiti's foremost intellectuals, Maximilien Laroche, who concluded, "To make a country lose its political, financial, and economic independence is to effectively reduce it to the condition of the living dead. In Haitian, we would say it was a zombi."

Despite this, signs of industry, entrepreneurship and sheer artistic creativity abound all over Haiti. I was also surprised by the beauty of the green hills that surround Port-au-Prince, giving the lie to the oft-heard canard of extensive deforestation. An even lusher green landscape is to be found surrounding the Palace of Sans Souci near Cap Haitien in the north.

Perhaps the single-most extraordinary monument to Haiti's exceptional fortitude and ingenuity is the nearby Citadelle Henry, an awe-inspiring feat of military engineering that sits atop a mountain, the Pic LaferriÈre, designed to repel invaders and house an army of 5,000, along with King Henri Cristophe and his family. Studded with cannons seized from the French and other armies this never-completed fortress is a concrete representation of Haiti's invincible will to freedom and sovereignty.

I have seen many fortresses around the world, but this one tops them all. A visit to Haiti and its Citadelle Henry should be a requirement for all Caribbean schoolchildren. Somewhere in the ruins of this country, symbolised by the visible remains of the Sans Souci and the indomitable fortress built by slaves, lies the secret to a Caribbean future of prosperity for us all.