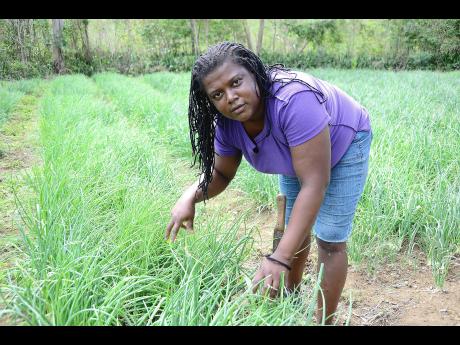 The group of us from the Caribbean at the international conference on development in Geneva in the 1970s were complaining eloquently about the end of preferences for our agricultural commodities and unpaid debts of our colonial past.

Everybody applauded us and shook their heads in sympathy.

Then the delegate from Finland addressed us. "Your climate allows you to grow every day of the year. In Finland, we have between 60 and 90 days when we can grow anything and still we produce more than you." He was followed by a ravishingly beautiful woman from Israel. "We feed ourselves and supply Europe from desert lands with less rainfall in a decade than you have in a drought year."

Crestfallen, we told them about hurricanes, soil erosion, the plantation system, and anything else we could think of to excuse our chronic underperformance.

It is still happening. Our merchandise exports continue to decline not only in absolute terms, but in comparison to our propensity to spend the insufficient foreign exchange we earn on imports. So how do we expect to have a stable exchange rate, let alone prosperity for all?

To promise progress for all, not a few, and that better must come, without a comprehensive plan and strategy for land reform and land use, is to deceive.

There is too much bush all over Jamaica. Come with me on the East-West Highway and notice the vast acreages of irrigated or irrigable lands that are now in scrub or bush, waiting to be sucked into urban-ghetto sprawl, most likely by squatters.

Do we have a tally of the lands that used to be in cane cultivation but now lie fallow? What is the plan for their efficient distribution and cultivation? The produce of these estates brought prosperity to England. Must they not do so now for our own independent people rather than us relying on the same masters to give us the 'what-lef' of their prosperity?

Follow me further west and up into the hills of the middle parishes and see the bare cavities and craters of the bauxite mines, scraped down to the hardpan, absent vegetation that even a mawga goat could feed on.

Why? Are there not requirements for topsoil restoration embedded in every mining contract? Did not Busta and Norman insist on that? What plan can we devise now to restore them to use and perhaps rebuild a strong, productive peasant culture like that which, despite uncertain tenure, united around Church and school, showed promise and relative stability in the century and a half after Emancipation?

In what thoughtful quarters, capable of decisive action, is the issue of land reform and land productivity even being discussed - in Parliament, the JAS, the university, the Planning Institute, or the investment ministry?

And then what about the massive dead asset of the so-called Crown lands? Does anyone even have a mapping of these resources held by government and state agencies, not to hug up or sell to their own cronies, but as trustees for all of us?

Jamaica needs, and can afford, a massive river-training and reforestation programme. Beyond reserving generously for environmental sustainability, Crown lands should be divested to trained and efficient producers.

Land reform is correlative to the process of easier land titling, which this column addressed last week. And since land without capital stunts the development prospect, the Development Bank, which has provided loan funds for small tourism growth, should double that amount to stimulate food production, tourism linkage and export agriculture. As it is, there is virtually no credit available for agriculture.

'Zimbabwe' is a farmer in upper Hanover who has become my radio friend. He is producing turmeric, ground provisions and vegetables in a land-settlement scheme. He can sell everything he grows to the hotels on the coast. But he is crippled, preyed upon by trespassers, waiting on a title for 20 years, unable to get financing to grow his viable small business.

Our laws and culture are not conducive to mass ownership of land, the basic asset of any nation. Land reform is an indispensable step towards increased production. To talk about prosperity without first confronting the reality of wasted assets is to foster a cruel illusion.

We can stop being the architects of our own underachievement right now.