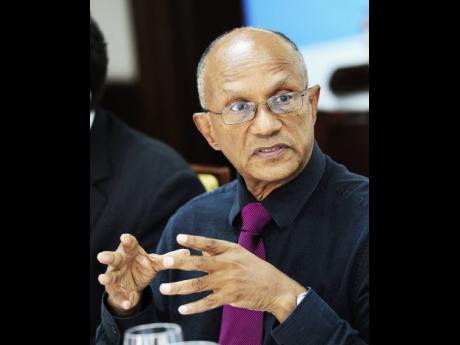 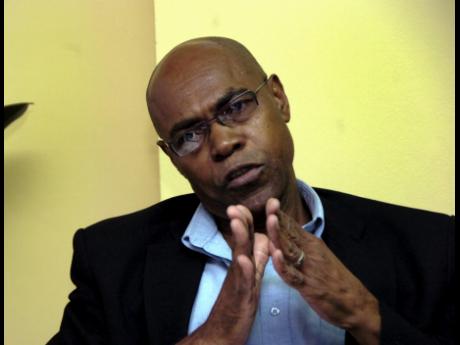 File
The National Works Agency, headed by E.G Hunter, has not submitted an annual report since that for the 2010-11 period. 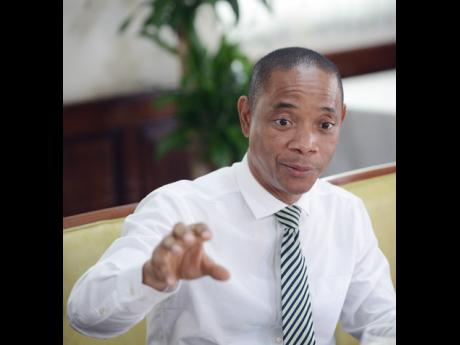 Gladstone Taylor
The NSWMA, chaired by Dennis Chung, has been in breach of reporting requirements for a decade.
1
2
3

At the recently concluded June 15 and 16 Multilateral Summit on Combating Crime, one common theme of outstanding keynote presentations by former New York Police Department Commissioner Ray Kelly and former director general of the Colombian National Police, General Rosso Serrano, was this: In combating the twin threats of crime and corruption, primacy must be given to enhancing intelligence, technology and, most of all, resource allocation. Prime Minister Holness, in his presentation, agreed. (As should we all).

He, however, bemoaned "the problem politicians face: how to convince the public" that the Budget should be realigned to deal with gangs.

One element in convincing the public that their money should be reallocated is to convince them that the realignment will be efficiently and not wastefully spent. And one way to bring about that conviction is to demonstrate that public officials who spend the public's money do so in accordance with law and are being held to account when they break the laws governing public spending. That observation of law is not now happening and the lawlessness needs to be rectified.

The Public Bodies Management and Accountability Act (PBMAA) states as follows, in relation to the 190 bodies: "As soon as possible after the end of each financial year ... , the board of a public body shall submit the annual report, including audited financial statements", to the responsible minister and thereafter to the Parliament.

The last report to Parliament of the National Solid Waste Management Authority (NSWMA) covered the period 2005-2006. That is 11 years of lawbreaking and approximately $3 billion spent during that time without any accounting to the public. Similarly, though not so egregiously, the last report by the National Works Agency (NWA) covered the period 2010-2011. What about the Jamaica Cultural Development Commission? The last time they observed the law regarding the PBMAA requirement of transparency and accountability was 2012-2013.

What have been the consequences for these and other public bodies that have breached the law? Have they been brought to book, in the manner of Junior Christie, the homeless man who was tried, convicted and sent to prison in 2011 for three months for stealing $350 worth of ackees from the governor general's grounds? Or maybe the PBMAA makes no provision for any penalties to be imposed for repeated failure to report on how the public's money is being spent? Not so, as I understand it.

Section 25 of the PBMAA actually states that "on an application by the attorney general, if the court is satisfied that any person has contravened Section 3 (3) (submission of annual reports and audited financial statements) ... , the court may order the person concerned to pay to the Crown such pecuniary penalty not exceeding $1 million".

On behalf of the public, may I ask which responsible person in the more than 120 public bodies non-compliant as of March 2016 has been brought before the court to pay even $1, much less $1 million, for failure to account to the public how their money has been spent, in accordance with law?

What I am certain of is that budgetary allocations continue as if nothing has happened. The Jamaica Cultural Development Commission, in the 2017-2018 Budget, is being allocated almost $1 billion, including $200 million to support the Jamaica 55 project. Despite having not reported on how they have spent previous allocations since 2012-2013.

The National Works Agency is allocated $1.6 billion for recurrent expenses, not having reported since 2010-2011. As if lack of accountability under the law were not bad enough, absence of reporting means that the public has no way of finding out whether, previously identified waste and inefficient expenditure has been rectified. For example, has the NWA now repaired the deficiency reported in the Auditor General's Performance Audit (December 2015), whereby "the NWA did not have a mechanism to independently obtain the material tests conducted by the labs", an arrangement that "increased the risk of contractors submitting false test results"?

Has the NWA implemented the auditor general's recommendation to strengthen its quality management system to mitigate the risk: "The quality of the nation's road infrastructure could be compromised if the NWA does not immediately implement changes ... to prevent contractors from submitting falsified material test results"?

Alongside necessary budget reallocation, to deal with the problem of convincing the public, the prime minister and other politicians need to ensure that current allocations are being spent efficiently and in compliance with the law. Otherwise, the Jamaican public shall remain unconvinced and our country shall continue to rank 117 of 138 countries in terms of Wastefulness of Public Spending (Global Competitiveness Report 2016-2017).